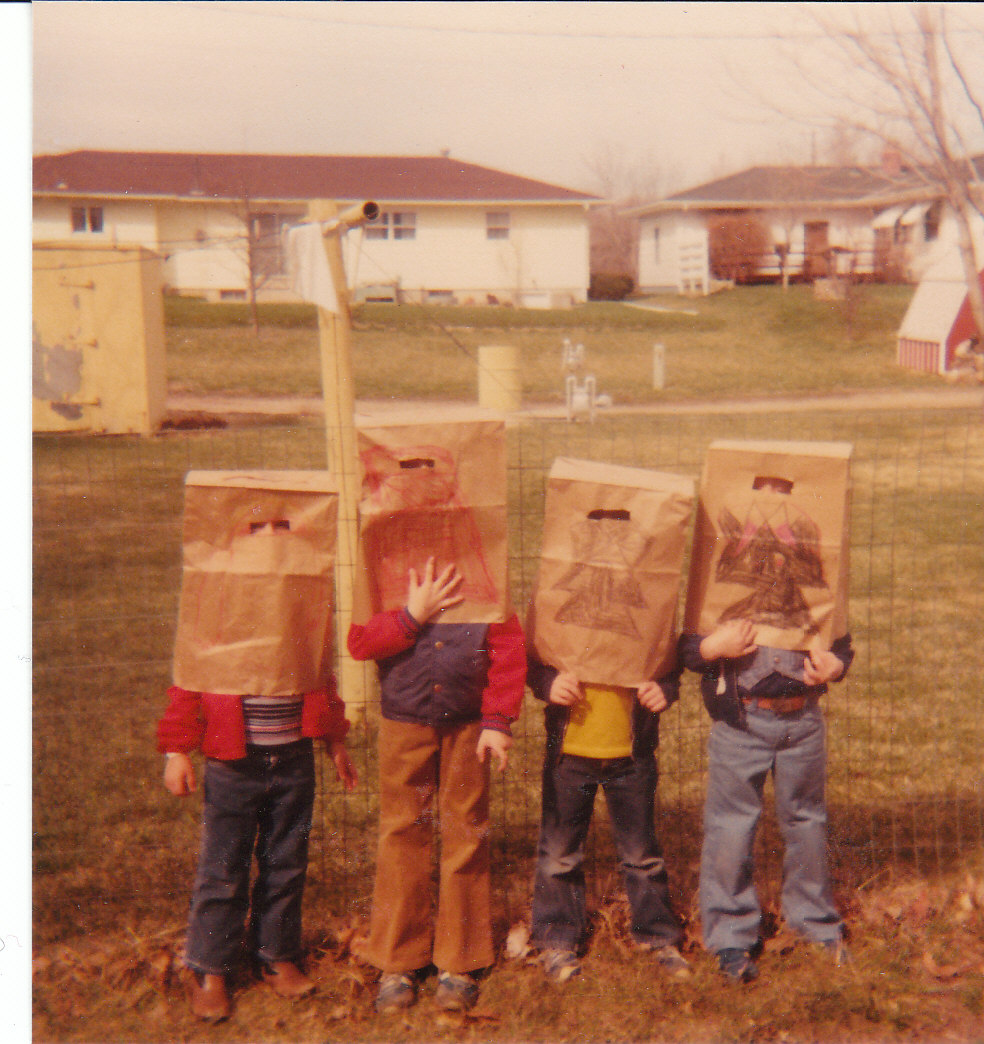 I’m the tall kid, second from the left, with the lousy interpretation of Maximillian, the killer robot from The Black Hole on my head.  The date: March, 1981–my sixth birthday party.

Seven months before the picture was taken, a helicopter took my father to a hospital to have part of his brain irradiated because of a malignant tumor.  My neighbors had a haunted basement, and we played an especially cruel game on rainy days, locking each other in the basement with the lights off until we broke.  When the weather was nice, we spent our afternoons in a backyard tent, flipping through old copies of Fangoria, Famous Monsters, and Mad Magazine–either that or climbing trees and blowing air through our mouths until we became so dizzy, we imagined falling to our deaths.

I have three books on the horizon, a YA novel, a dark, historical science-fantasy, and a collection of short fiction.  Stop by www.aaronpolson.com for the latest.

15 Comments on ““Be Mysterious: Writers in Masks” features Aaron Polson”