This is my kidlet. He’s nine, he’s frickin’ adorable, he has Williams Syndrome, and he’s unruly on the bus.  He just can’t sit still.  Last year the bus had an aide and that was all that was needed, but this year transportation has gone completely insane.  The budget cuts are astronomical. It’s impossible to get an aide for him; I know because we asked.  Repeatedly.  We were trying to avoid the “Hello, Mama, the police brought me home!” thing again.

This is the answer: A weight vest. 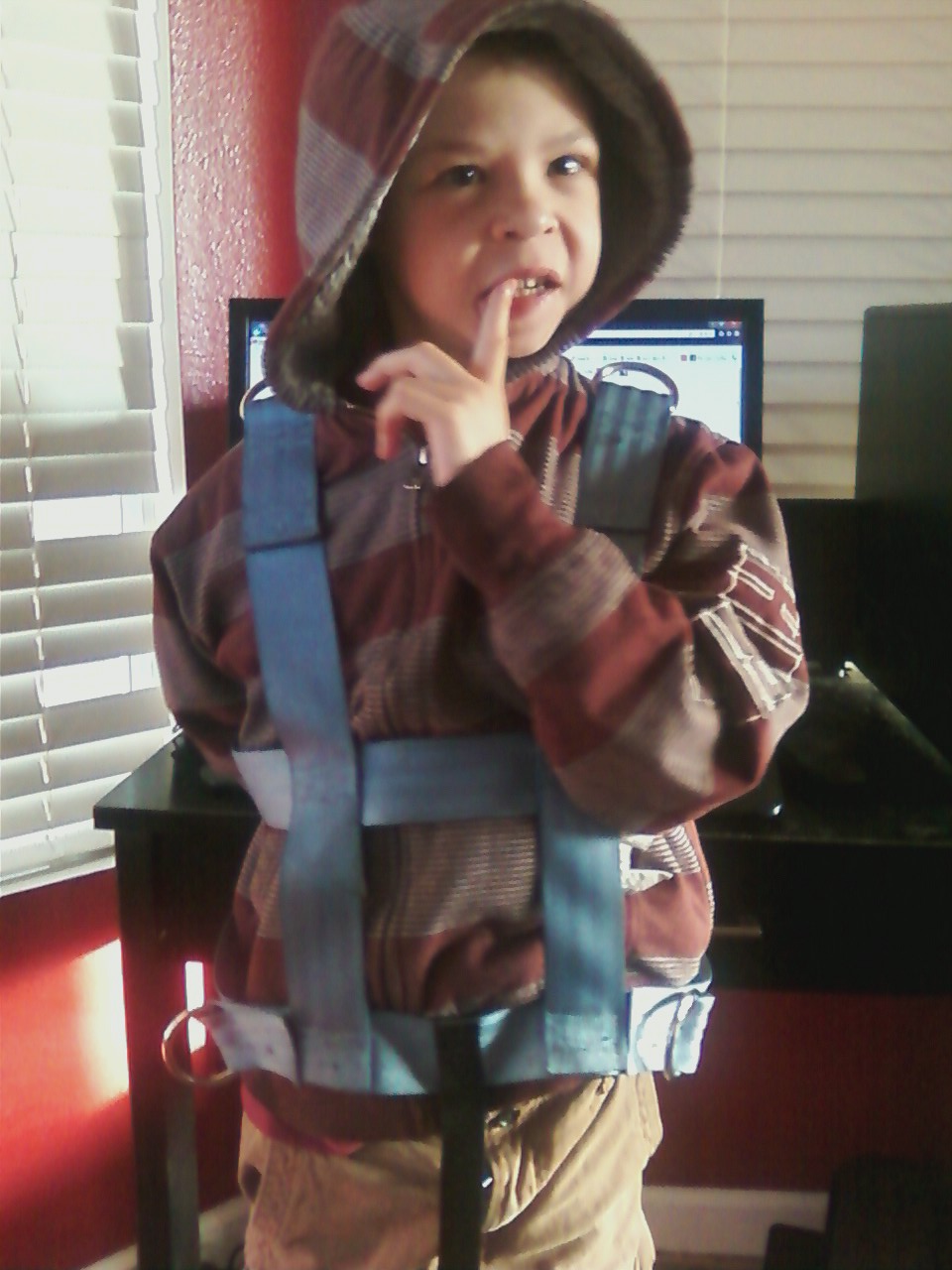 At least, it’s what they call a weight vest, because that definitely isn’t what this is.  A weight vest is, of course, a vest that is weighted.  It can be specially made, or it can be a fishing vest with beanbags in the pockets.  The idea is that the extra weight will make the child feel secure.  And it works, because Niko has used weight vests for years and did very well with them.  This, however, is a harness. 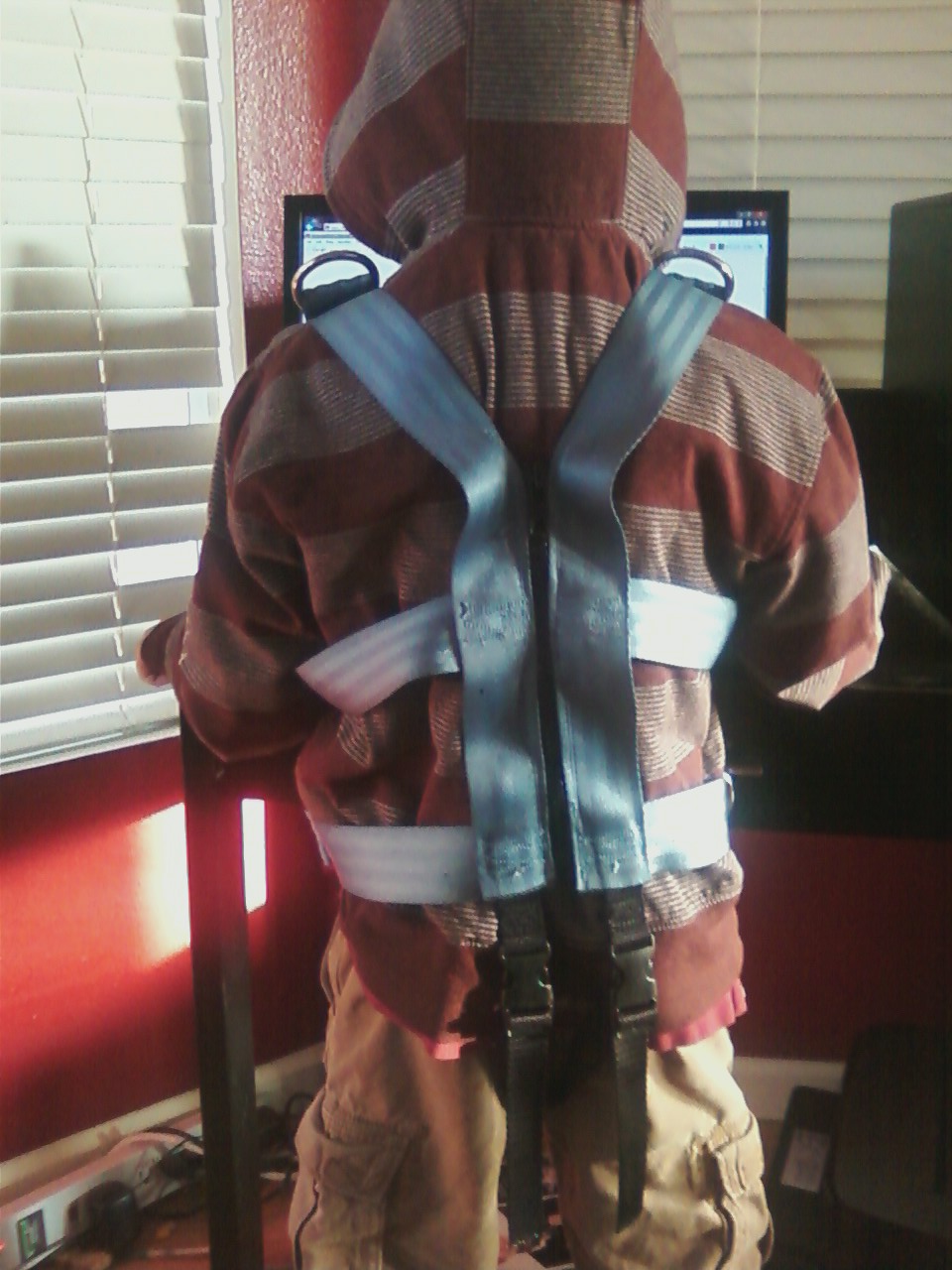 The metal hoops on his shoulders clip to an apparatus that is securely fastened to the bus seat.  There are metal hoops on each skinny hip, as well. It zips up the back and buckles between his legs like a parachute harness.

Oh, he hated it at first! How he screamed! It was absolutely heartbreaking. As time went on, he became more used to it.  I’m trying to do the same.  It’s very nice to know that he’s secure in his seat and that he won’t be running pell mell on the bus, and it’s especially nice to know that the next knock on the door won’t be Las Vegas Metro handing over my little one.  It’s still very difficult to physically strap him down every morning. But that’s life, yes?  Take the bad and celebrate the good.  At least my son is so gosh darn charming!

*UPDATE* I wrote this post a long time ago (hence the coat. It’s a bazillion frickin’ degrees outside right now! A coat? No way!) and we’ve had time to adjust to the harness.  It no longer frightens him, and he actually seems to feel very secure wearing it. It took a few months to get to the point that we’re at now, but with consistency and adding it to his daily routine (“Go potty, wash your hands, and then we put on the harness!” we’re at a great place with it.  I’m glad we have it, especially since he’s been watching youtube videos on learning how to drive school buses.  Dodged that bullet!

12 Comments on “Is Strapping The Boy Down Really The Answer? Apparently So.”