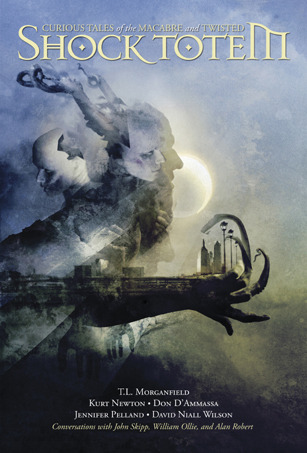 What are you doing on New Year’s day? How about entering a free contest that could possibly get you published in Shock Totem?

Every other month we host a flash fiction contest at the Shock Totem forum.  The next contest begins on Tuesday, January 1, 2013.

Participants have one week to write a story based on a prompt that we provide. The prompt must be integral to the story. This requirement, we hope, forces writers to pen a brand-new tale rather than submit some previously written or reworked story.

When the week is up, the stories are anonymously posted in the hidden contest forum. The entrants then have three weeks to read each story and vote on their top three. Additionally, most give feedback on each story, thus ensuring everyone gets something out of the contest.

The final contest of the year is in September. Once that winner is announced, all five individual winners throughout the year will be given to a neutral judge, who will then pick his or her favorite. That story will be published in the next issue of Shock Totem!