I adore Glenn Rolfe. I adore him so much that he had a cameo in my novella Little Dead Red. I received emails saying that Glenn was their favorite character, and that doesn’t surprise me at all. Not at all.

Glenn just came out with his new novella, Boom Town. 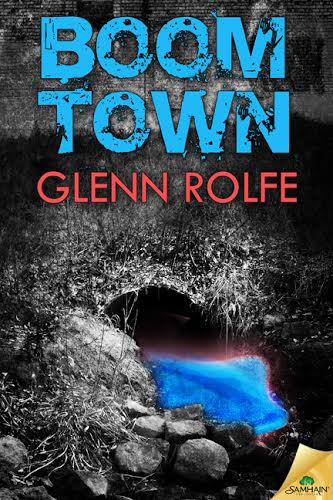 Glenn was kind enough to sit for an interview, and he starts off by giving us a quick description of his book!

Glenn, gimme your pitch! Tell us about Boom Town.

What happens next? You’ll have to read Boom Town and find out.

Novellas are a fun and tricky form to work in. Tell us why you chose a novella format for this book.

Usually, I don’t go in with a planned length. I start with a scene and let that dictate where the story goes. Boom Town was slightly different. I was trying to beat a submission deadline for a publisher that was open for novels and novellas. With three weeks to go, I knew I didn’t have time to craft a whole book, so I aimed for a novella.

I re-wrote the novella for Samhain. Right after I finished the edits with them, I got an idea for more adventures in my little Wisconsin town. There will be more to come from Boom Town, but don’t hold your breath. I’m looking at a follow-up novel a couple years from now.

What is your favorite scene and why?

There are a bunch of gross and creepy parts to this story, but my favorite scene is an emotional moment with Brady and Kim on Kim’s back porch. They’re going through a lot before all of this shit starts going down. In this particular scene, it spills over and they’re there for each other. Call me a sap, but I love a moment of tenderness in my horror.

Were any of the characters inspired by real people?

There’s always bit here and there, right? Kim has a paralyzing fear of dogs. That’s mine. I got bit in the face when I was five. I was pretty scared of dogs all through my childhood and well into my teens.

The flea market is totally based off from the flea market my dad used to bring me to a couple times a month. The front of the place always looked like it could fall down on you at any moment.

What’s the hardest relationship to write about in the book?

Writing the two pre-teens and keeping them young was a test. They are more mature than your average 12 year olds, but I attribute that to the things they’ve been through in their relatively short lives up to that point. I have a niece that was 12 going on 16. Life sometimes deals you a shitty hand. It can make you grow up pretty fast. That played into these two, for sure. 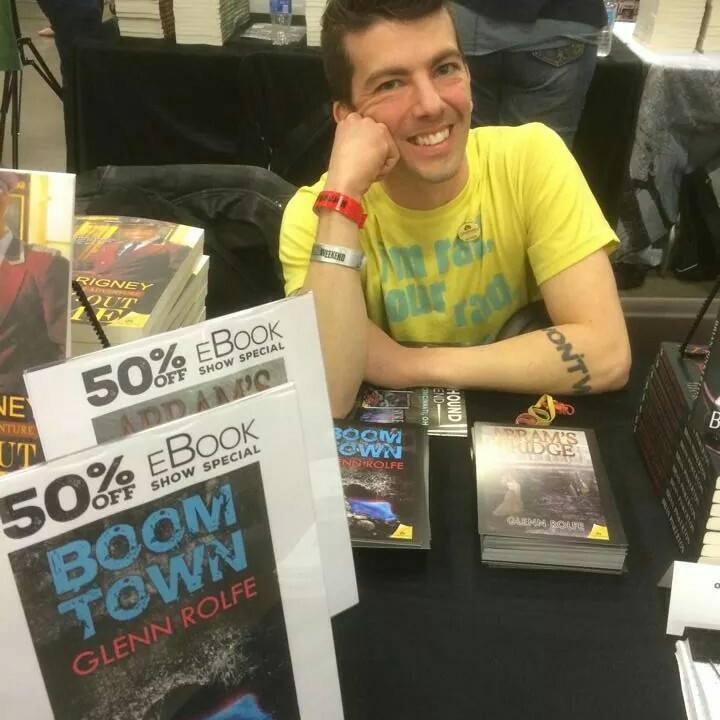 Can you give us a couple of non spoiler quotes?

Here’s a snippet for ya:

“The same thing I’m going to do to you.”

Alan hit the brakes. Nat cried out. Nat’s forehead slammed into the windshield. Alan cut the wheel and took a left down the promising darkness of Gilson Road.

What are you working on next? And how is your music coming along?

My next novel is finished. It’s a werewolf book called, Blood and Rain. That will be out this October from Samhain. My finished novella, Things We Fear, will be out from Samhain in March of 2016. I’ll have something else out from them that month, but I can’t officially talk about that yet.

I also have two separate novels that are nearly complete. When and where they wind up is still to be determined.

The Never Nudes called it a day. Too many things to juggle. We may revisit it someday, but we all have multiple things going on.

It was a pleasure having Glenn stop by on his Boom Town blog tour! The book is out on April 7th. I wish Glenn luck. 🙂

One Comment on “An Interview with BOOM TOWN Author Glenn Rolfe”