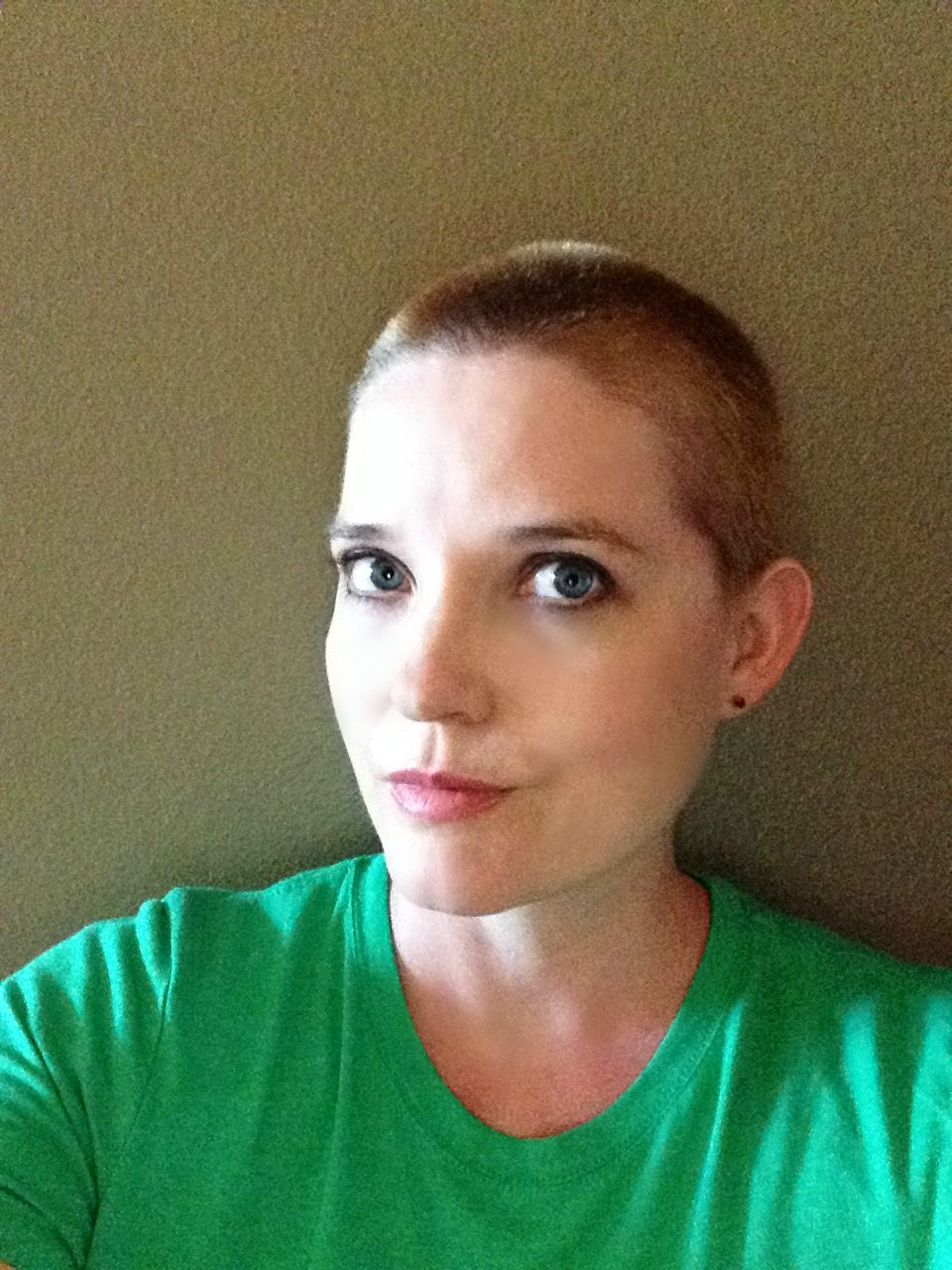 I wear a bracelet that says “Be Brave.” My New Year’s Resolution has often been “Do things that scare me.” I’ve wanted to shave my head since I was about 15, but never had the courage. A few months ago I lost the black bangs and tried a blonde Mohawk, and it was a wonderful experience. This summer I made the healthy (yet difficult) decision to split with my publishers. Last week I ran Ragnar. These were all brave things, and I’m proud of myself.
After months of consideration, I decided to shave my head. I wanted to feel liberated. I wanted a clean slate. I haven’t seen my natural hair color in 12 years. I wanted to do something for myself instead of for everyone else.
I discussed it with my husband and he was nothing but supportive. I certainly don’t need his “permission” and he would never assume that I would, but I love him and respect his opinion. If it was going to be uncomfortable for him, I’d absolutely take that into consideration, but he only encouraged me.
My Angry Ginger and my children came with me. I couldn’t stop grinning. My daughter told me I was beautiful. My son rubbed his hands across my scalp, said we had the same hair, and kissed me. My youngest said my hair looked like a hamster and tried to feed it a cracker.
I especially liked that part.
My Angry Ginger told me the cut felt very familiar to her. Like she had known me like that before. Another friend told me my ME-NESS was shining through. It felt like washing my face and being painfully honest. This is me without the trappings. This is Mercedes. Look in my eyes and you’ll see my soul.
I shared one picture on Facebook. Honesty comes with vulnerability, and I was prepared for that. I’ve been stripped down as of late, and I’m learning that being vulnerable isn’t always a bad thing. 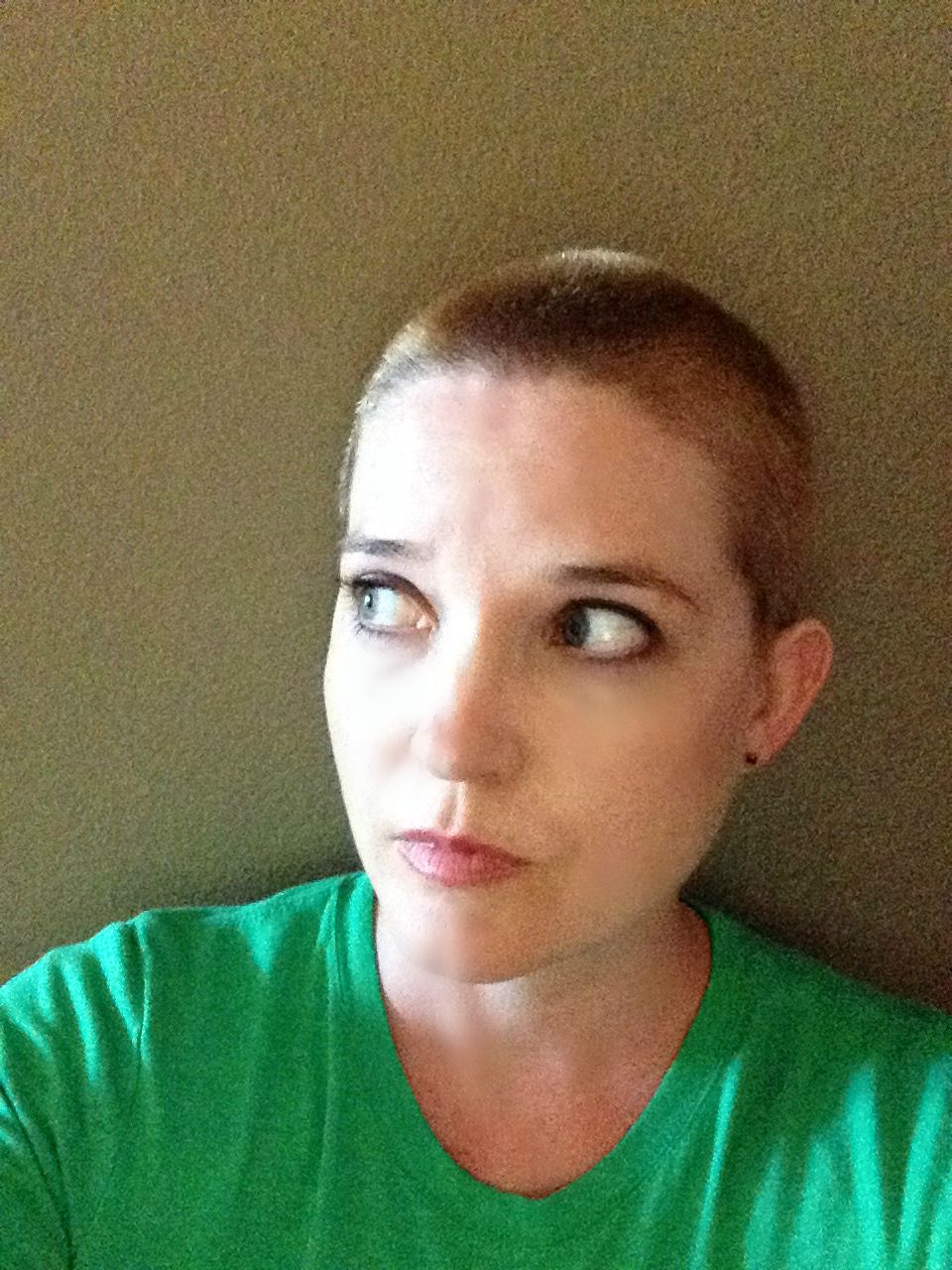 What I wasn’t prepared for were the messages that came pouring into my inbox. Messages from people I barely knew or outright strangers telling me that they hated what I had done. There was venom and emotion. Someone said I was “dyking it up.” Someone else said that I had disfigured myself. Another told me that I had made myself ugly and my husband would be ashamed and leave me.
On and on, more and more. I finally glanced at the beginning of the emails and then deleted the rest of them unread.
We’ve allowed social media to become a dangerous place. It’s unchecked. It’s constantly frothing. And, quite honestly? It’s stupid. I don’t use that word lightly.
Do you remember when female horror writers and my friend specifically were called hags? Remember when I wrote two lines on #YesAllWomen and received death threats? How is any of this acceptable?
These are my thoughts:
My appearance has no bearing on a stranger’s day. My body is not for their viewing pleasure. It has nothing to do with them.
The ones that love me support me. I’m still beautiful to them. And even if I’m not,it doesn’t concern anyone else.
Doesn’t the outrage weary them? Couldn’t they be putting their obvious free time to good use? They could change the world. Take that passion and do something useful with it. Protect what needs protecting. Use their voice in a positive way.
It’s selfishness and ego. I shaved my head to empower myself. It wasn’t for them; it was for me. 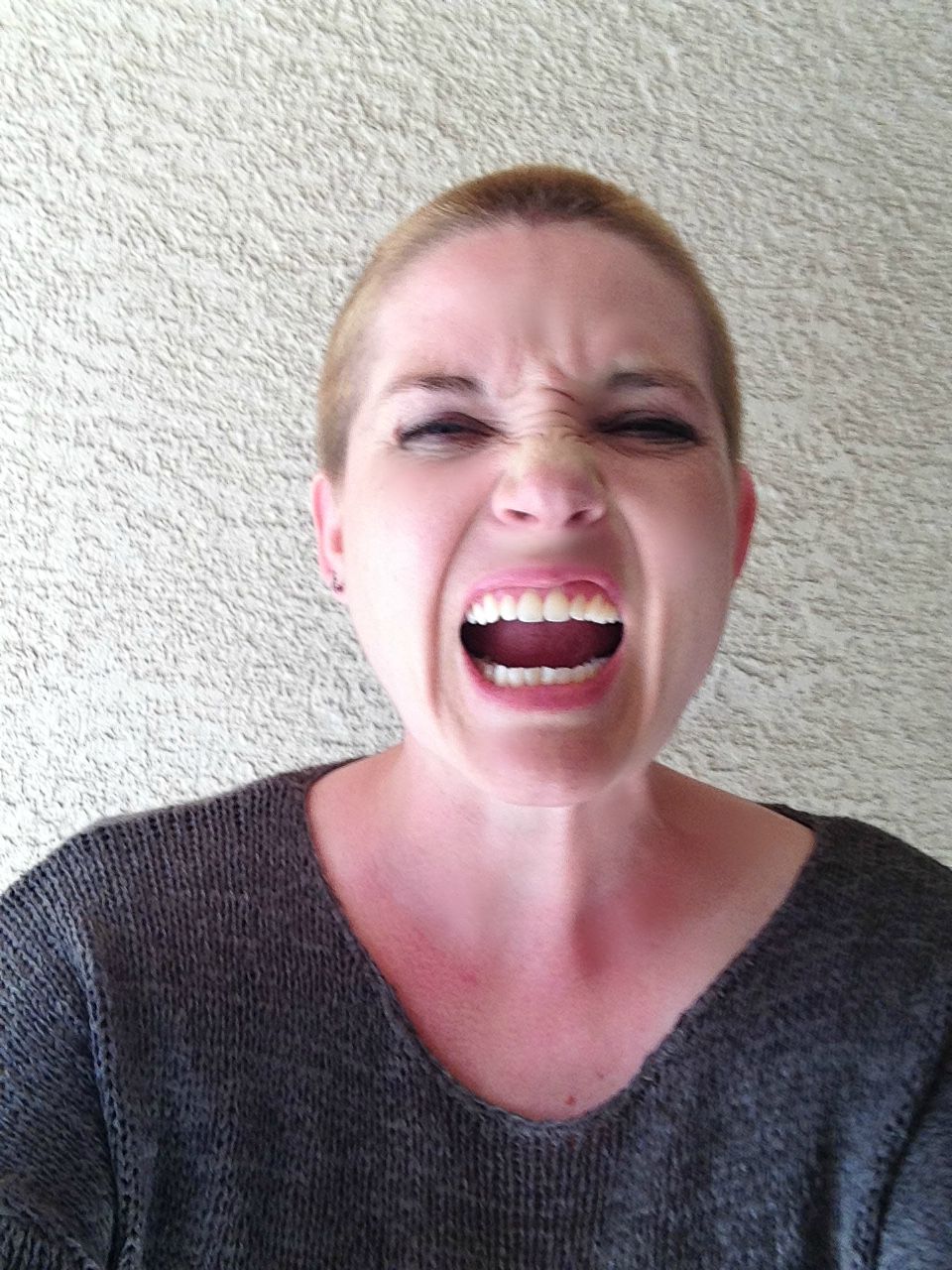 106 Comments on “I Crossed Something Off My Bucket List. And Backlash.”