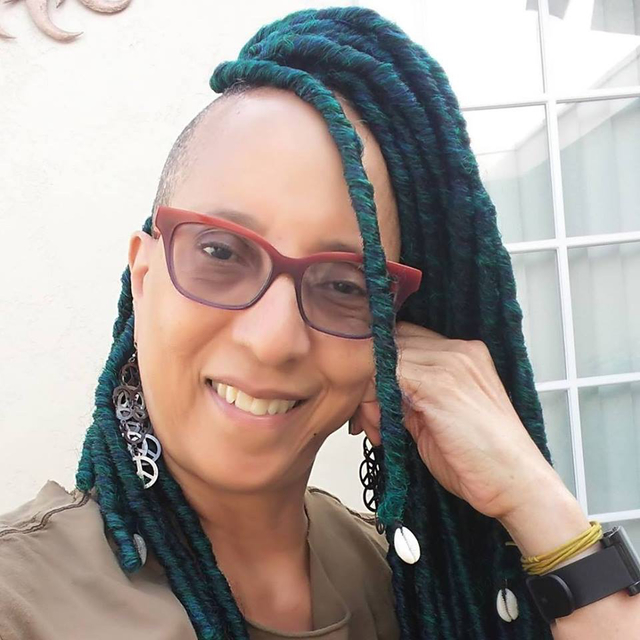 May I just tell you what a glory and a wonder Linda Addison is? She is a ferocious, empathetic, wise powerhouse and a sorceress with words. I approached her about writing the foreword to Arterial Bloom, and even though her schedule is packed, she was gracious enough to carve out enough time to fit us in. She did such a beautiful job! What a pleasure to have her on board.

Looking back over my life so far, I would say the theme of mine has been to survive and thrive; there is no one way to describe it. – Linda D. Addison

Linda D. Addison born in Philadelphia, PA is an American poet and writer of horror, fantasy, and science fiction. Addison is the first African-American winner of the HWA Bram Stoker Award®, which she won four times for her collections Consumed, Reduced to Beautiful Grey Ashes (2001) and Being Full of Light, Insubstantial (2007) and How To Recognize A Demon Has Become Your Friend (2011) and Four Elements (2014). In 2016 Addison received the HWA Mentor of the Year Award and in 2018 she received the HWA Lifetime Achievement Award.

She has published over 350 poems, stories and articles and is one of the editors of Sycorax’s Daughters (Cedar Grove Publishing), an anthology of horror fiction/poetry by African-American women (HWA Bram Stoker finalist). Catch her latest work in The Place of Broken Things, written with Alessandro Manzetti (Crystal Lake Publishing) and anthologies Cosmic Underground (Cedar Grove Publishing), and Scary Out There (Simon Schuster). Addison is a founding member of the writer’s group Circles in the Hair (CITH), and a member of HWA, SFWA and SFPA.