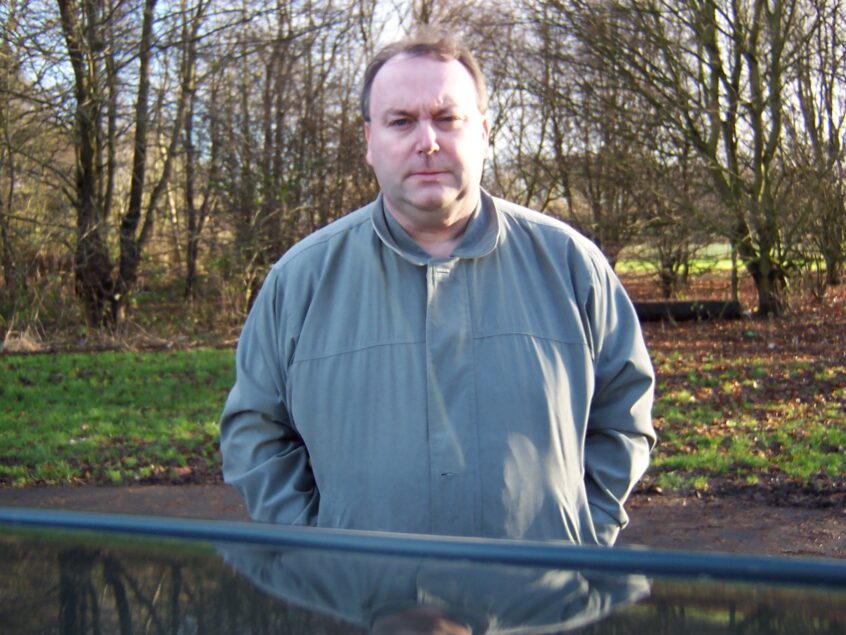 Friends, what a pleasure it is to announce that Steven Pirie has joined Arterial Bloom! Steven wrote the most beautiful love story that somehow manages to intertwine whimsy and the very grimmest of realities. His story is powerful and painfully lovely. He explores what happens when Gaia herself falls in love in “The Making of Mary.” Each time I read this story, I fall even more deeply under its spell. It’s exquisite.

That night, as Mary sleeps, Ruth walks upon Mars. It’s dusk on the foothills of Olympus Mons. The steppes are dark, but the huge caldera of the volcano towers above her in glorious sunlight. She’s alone; there’s no life here anymore, not even the last microbes in the rusted soil can survive the naked radiation from the solar winds. Here, with just the odd robotic probe from Earth to keep her company, Ruth likes to come and think.

-Steven Pirie “The Making of Mary”

Steven Pirie lives in Liverpool, UK, with his wife and son. He spends his day shuffling about moaning and groaning, as currently he’s awaiting surgery for a hernia repair. It’s possible the wife and son might lynch him before then. He loves to write humour, and has had some success with two humorous fantasy novels published by Storm Constantine’s Immanion Press. His short stories tend to be a little more dark and gritty, although there’s often levity lurking just below the surface. He has a website at stevenpirie.com . Occasionally, he even updates it.