First off, I looked up and down trying to find out if I’m allowed to post these pics online.  I don’t see anything that says that I’m not, but I’m ready to pull them if necessary.  Lil’ ole me abides by the rules.

I know this was a very controversial exhibit.  I was worried that it might be rife with sensationalism and the subject matter wouldn’t be given the gravity that it deserved.  Boy, was I wrong!  Not only was everything matter-of-factly presented, but certain portions were (thankfully) left out of the public viewing.  For example, we saw some very heart wrenching pictures of Elizabeth Short, otherwise known as The Black Dahlia.  But, fortunately, we didn’t see every crime scene photo of her.  Be very careful if you want to google these pictures; they hurt.

I left feeling educated, informed, and very somber.  I thought the exhibit was handled well and didn’t have any of the “Shazam, we’re dealing with shiny, glossy murder!” elements that I expected.  Serial killers have been portrayed as clever, sexy, glamorous creatures.  This exhibit opened my eyes.  There was no glamor.  There was no glitter.  This was real and horrible. 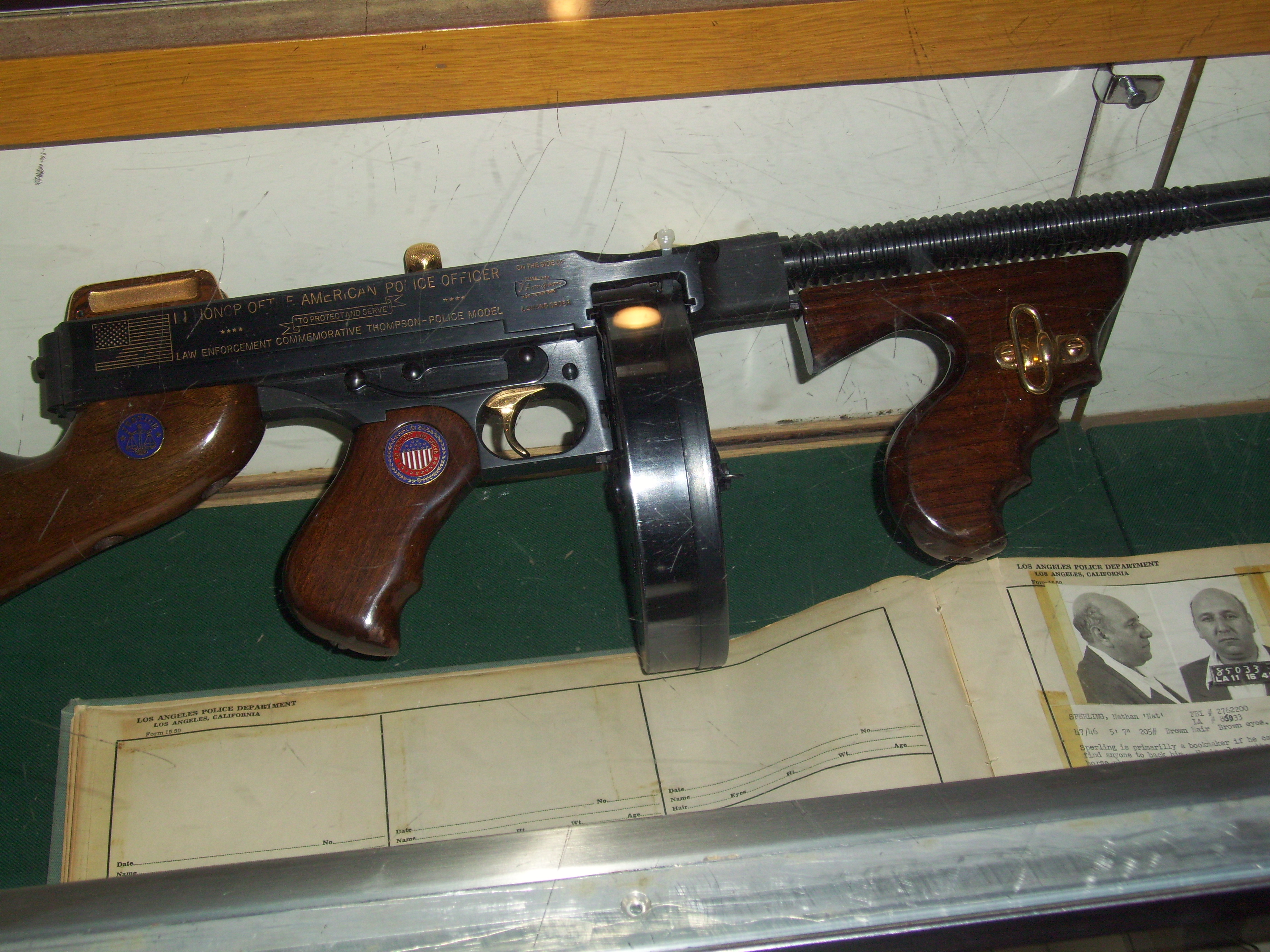 A police issue gun from the Hollywood Mob era. 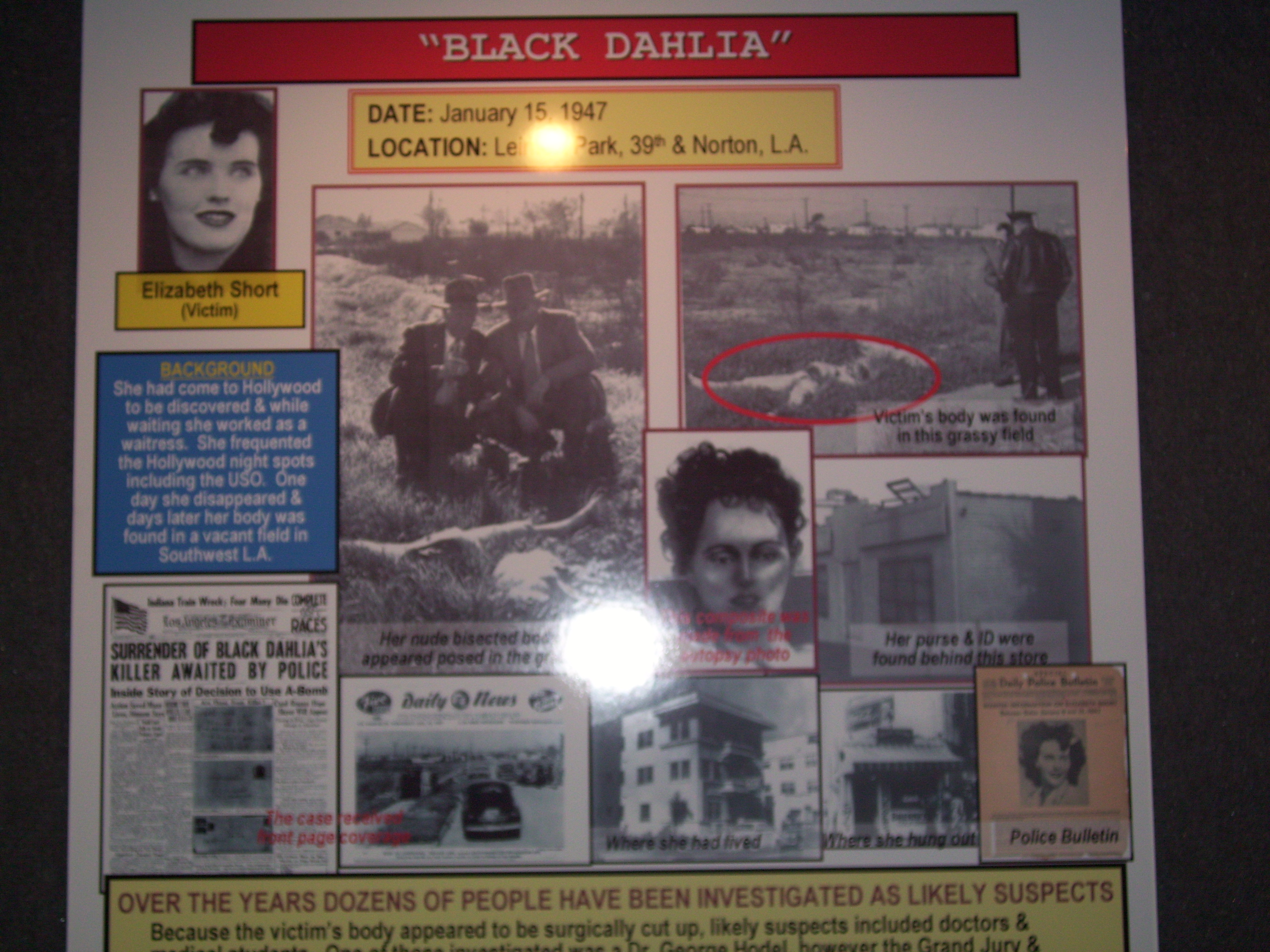 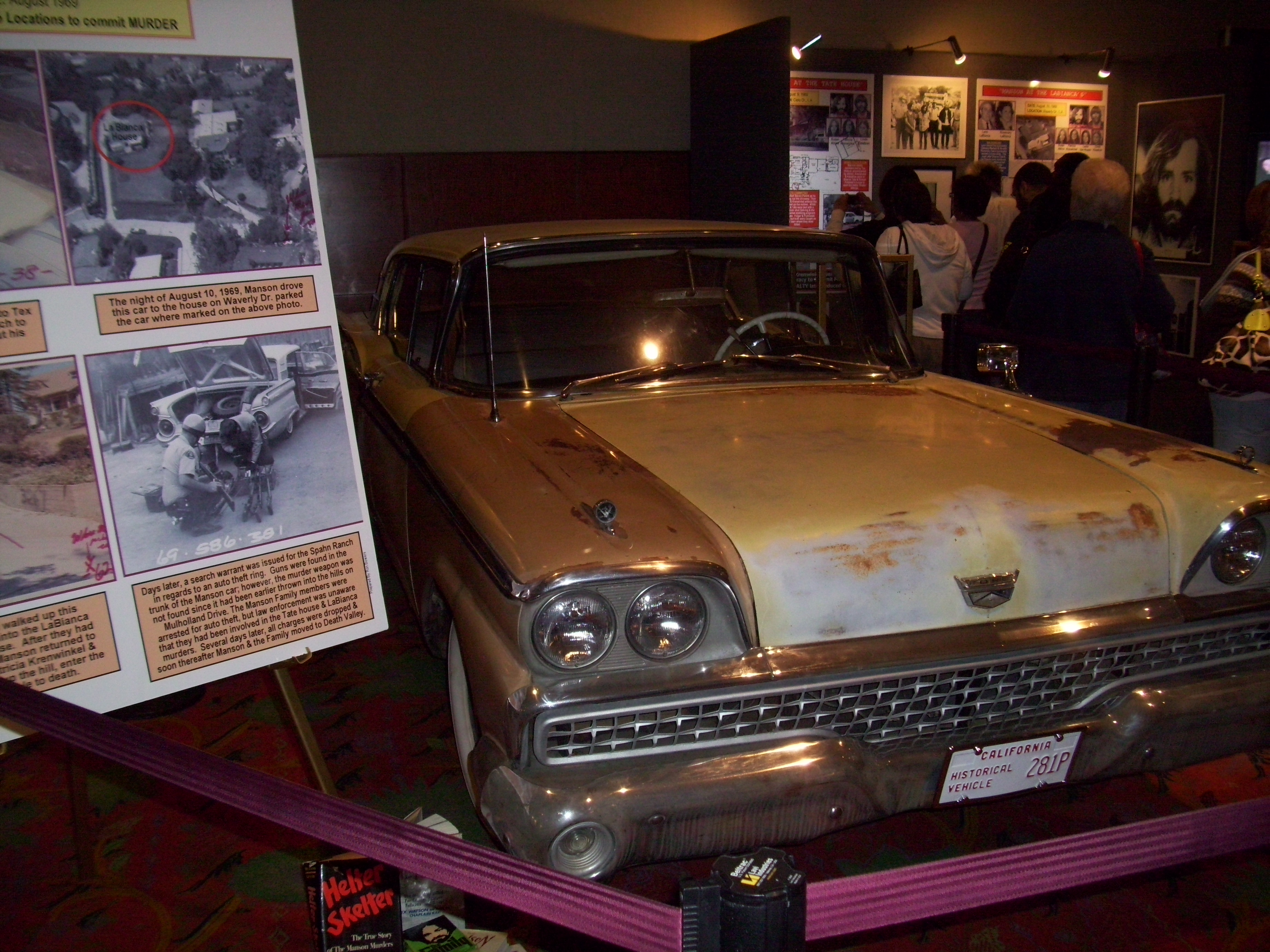 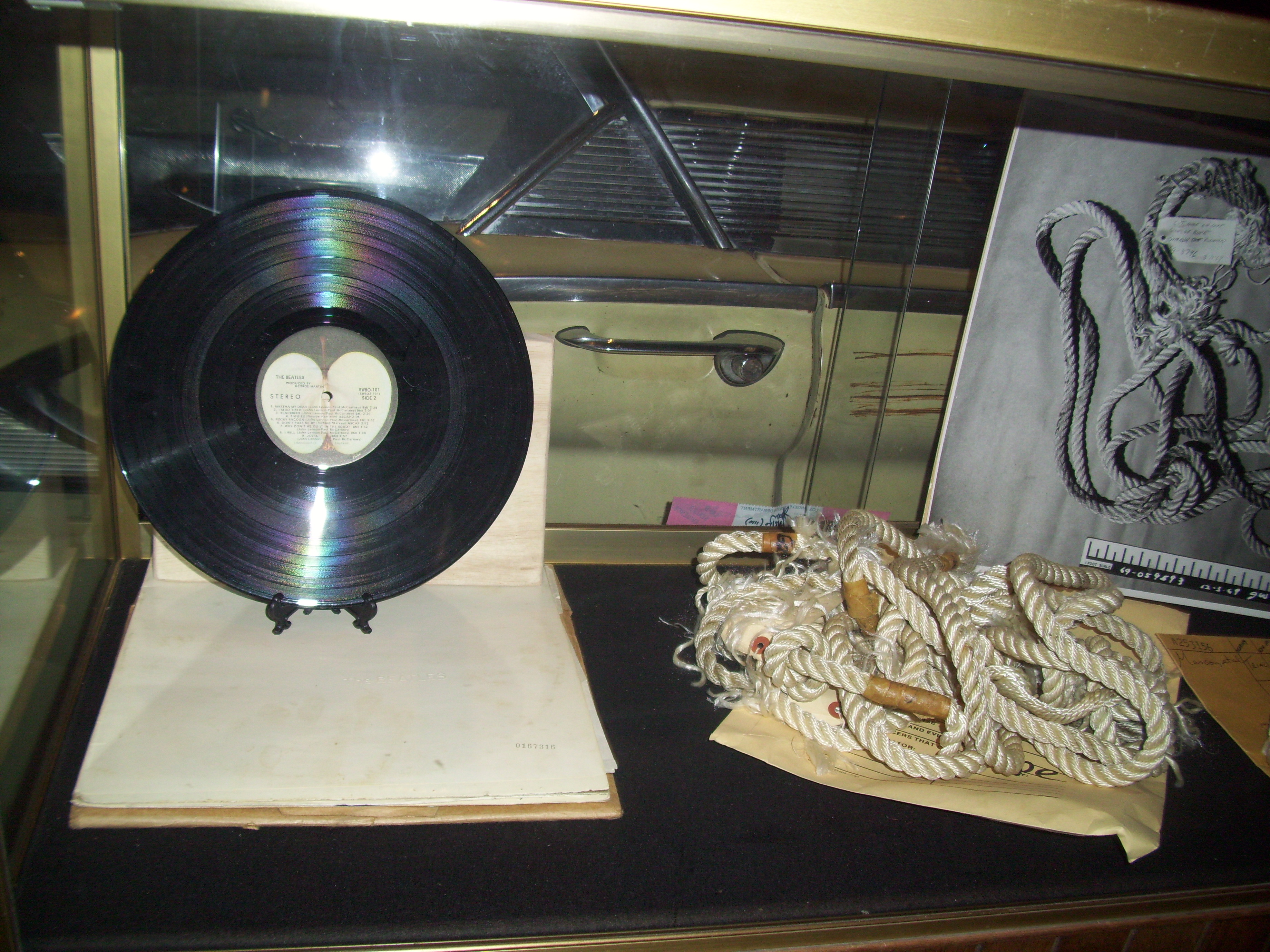 The Beatles (white album) and rope. 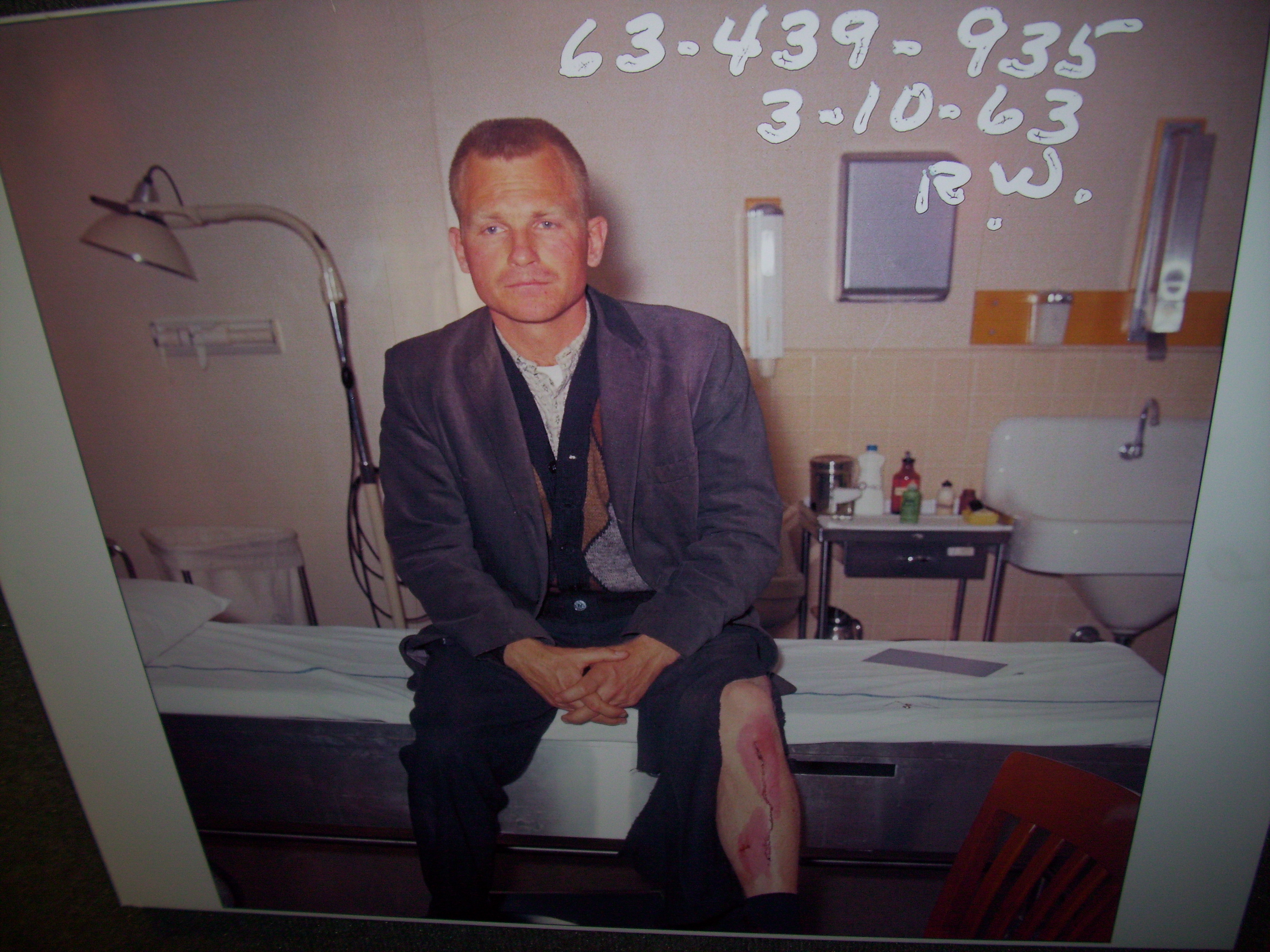 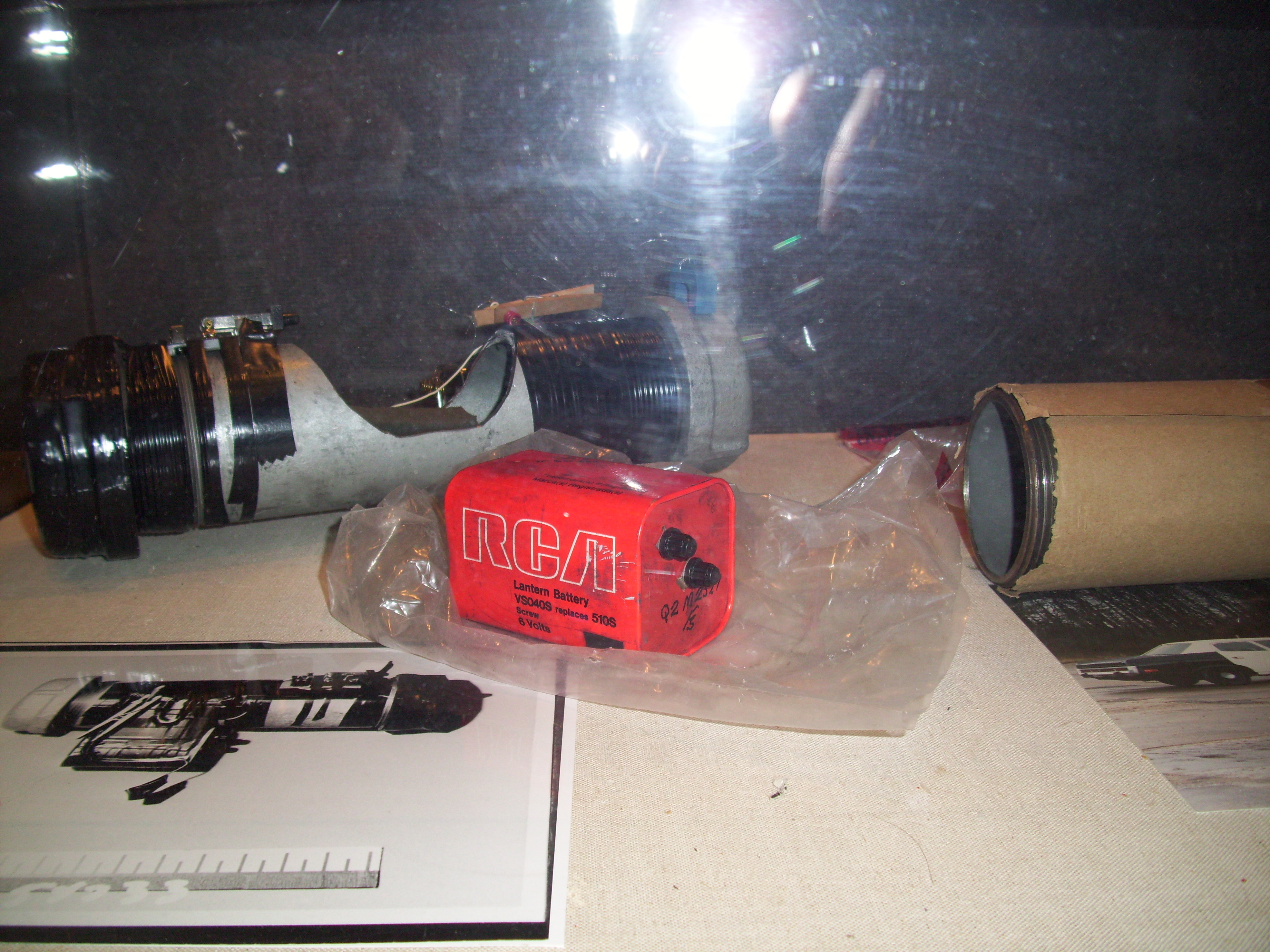 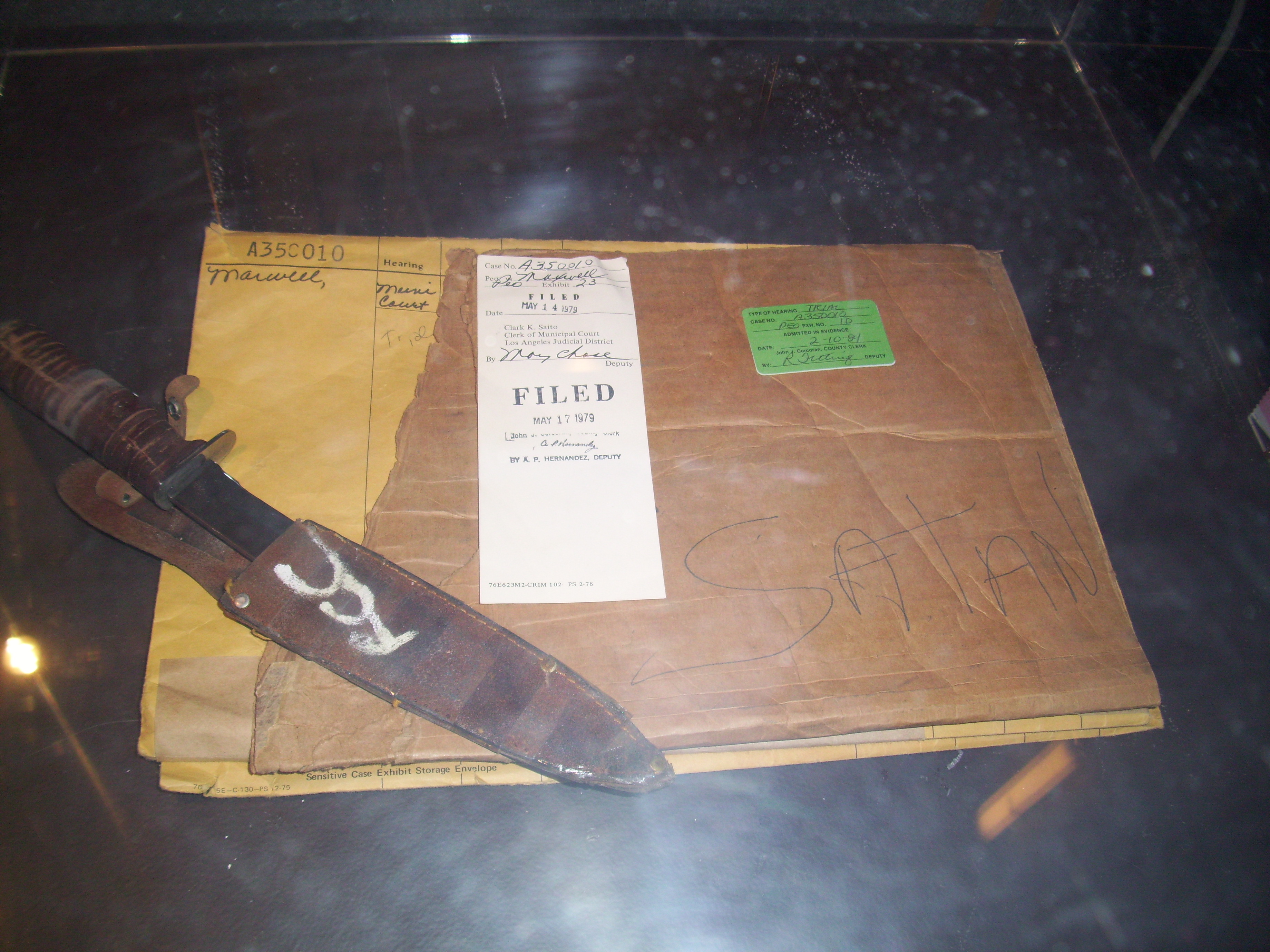 “Satan” cardboard and knife from the Skid Row Murders. 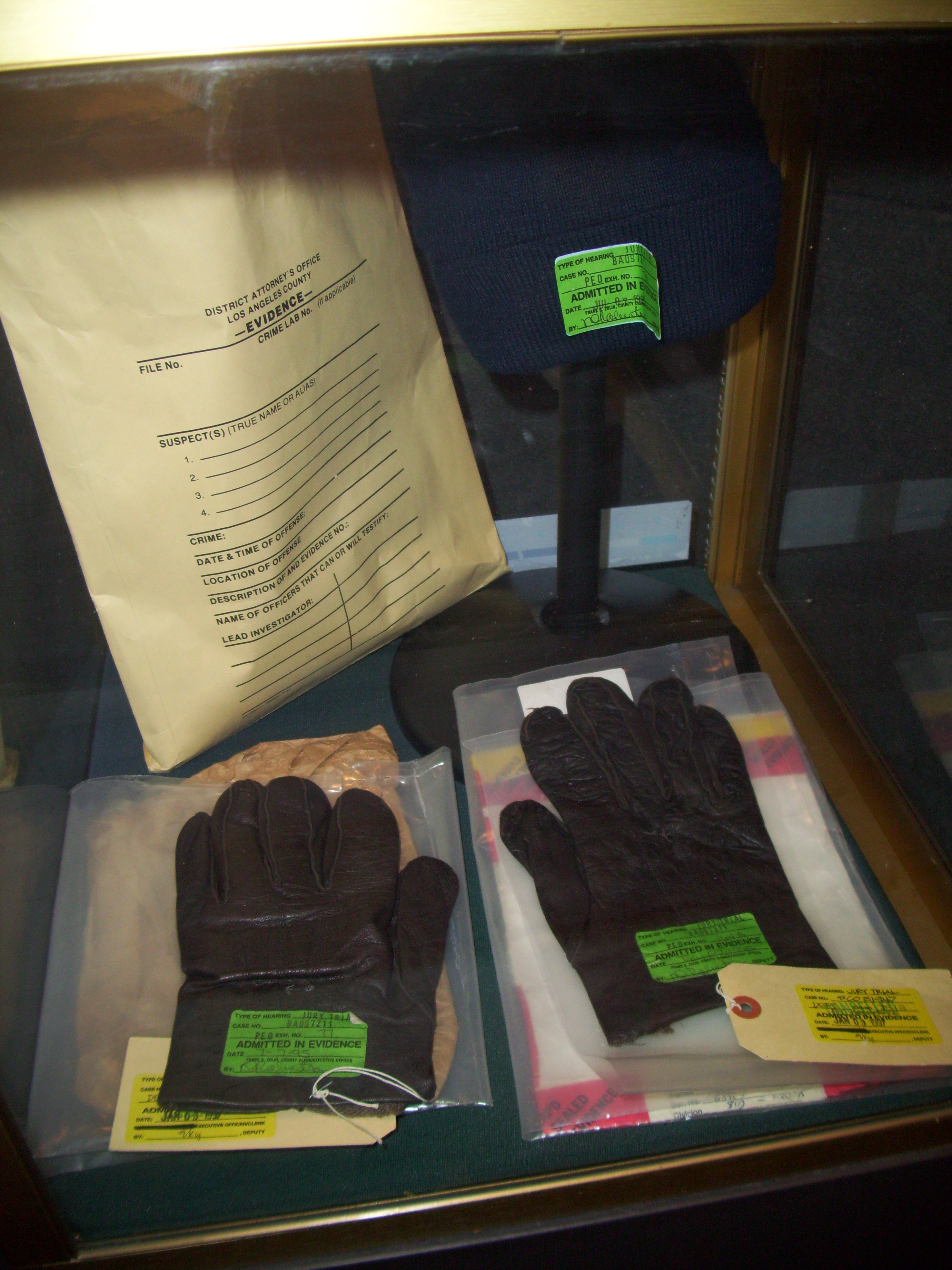 Gloves and hat from the O.J. Simpson trial