So something happened yesterday that was a dream come true for me. 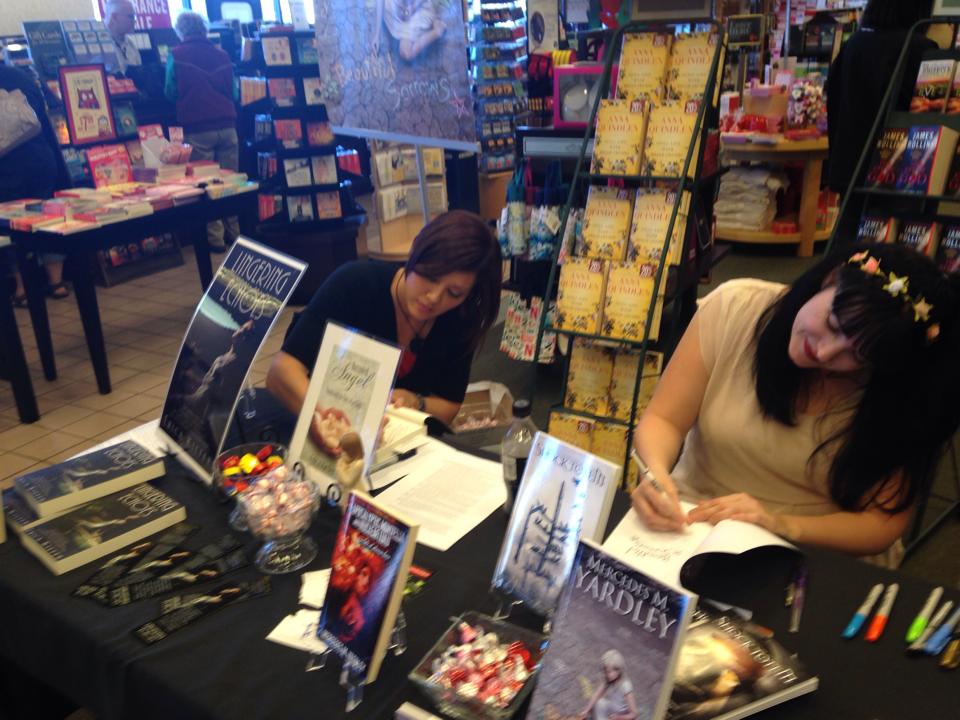 When I was a little girl, being a writer meant walking into a book store and seeing my work in there. Ebooks didn’t exist. The Internet wasn’t anything I had ever heard of. Writers wrote and then magical unicorns named Stabby took these manuscripts to Editorial Gods, who then breathed fairy dust and fire on them. This turned the manuscripts into Books, and Books (always spelled with a capital B, of course) then lived on the shelves of real live bookstores.

Publishing has changed so much in the last five years alone, let alone from when I was a little dewy-eyed girl. So much is done digitally. My book tour is virtual. I’m teaching online at a conference this month. I was on a radio show in Ireland last week, and not only did I not leave the house, but I had a cold so I was curled up in bed with pillows and blankets and did the whole thing through Skype. 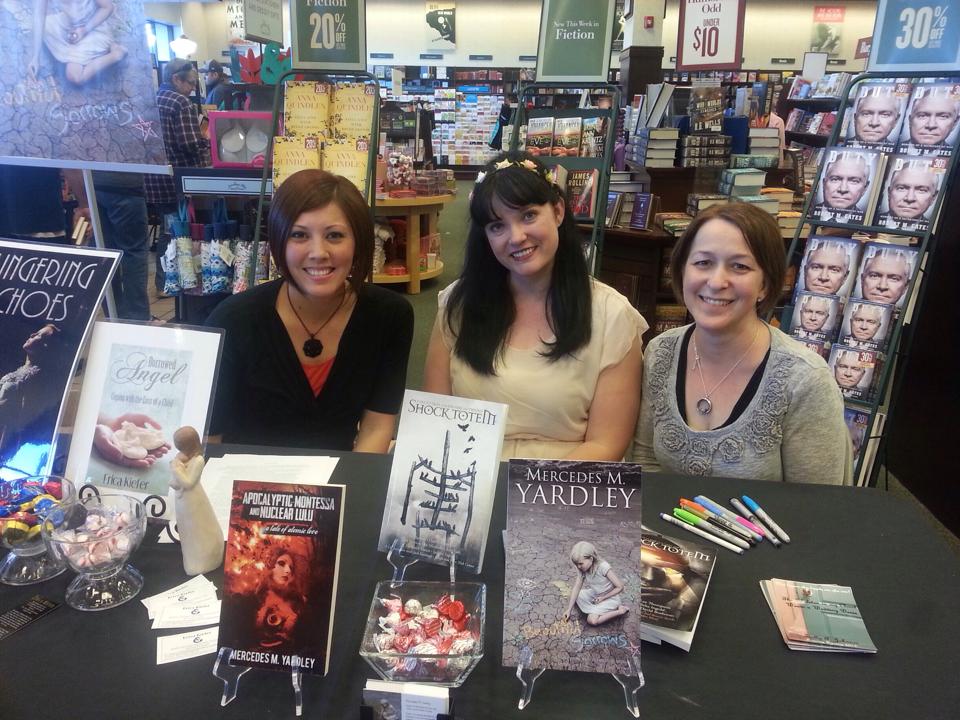 But yesterday I met with two of my friends, Erica Kiefer and Sally Johnson, and we signed books at Barnes and Noble. We had a wonderful time! I was amazed at the turnout, both from friends (thank you so much for coming!) and from people who just happened to wander by. 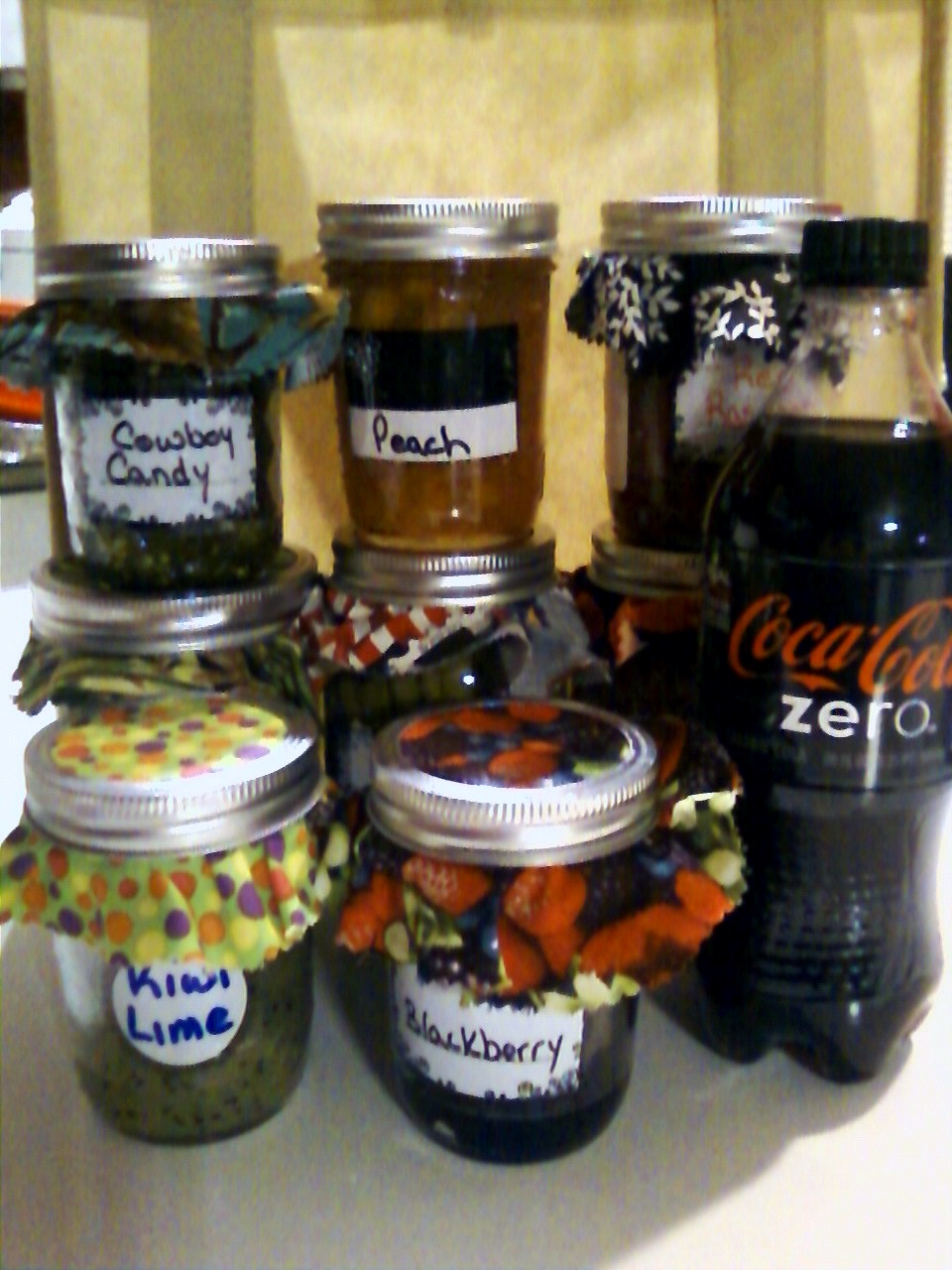 My friend Terry brought by some of her wonderful goodies that she bottles, as well as a Coke Zero. Thank you, Terry! I can’t wait to try them!

It was great to sell some books and talk with people who have read my stuff. It was hilarious to say, “That’s a book about serial killers in love” about Apocalytpic Montessa and Nuclear Lulu: A Tale of Atomic Love and watch somebody put it right into their shopping basket. But more than anything, it was amazing to sit there with friends and fellow writers and live out a personal dream of mine. What a pleasure.

Also, I’m on the Radio of Horror tonight! It starts around midnight Eastern, and you can find the announcing link here and the radio link is here.

Yay! The Nameless promotion has been so fun! My head is still spinning. What a joy! What happiness. 🙂

One Comment on “Dreams Come True: Barnes and Noble and the Radio”