Nope, I’m not being sexist. I’m being literal, and it’s AWESOME. 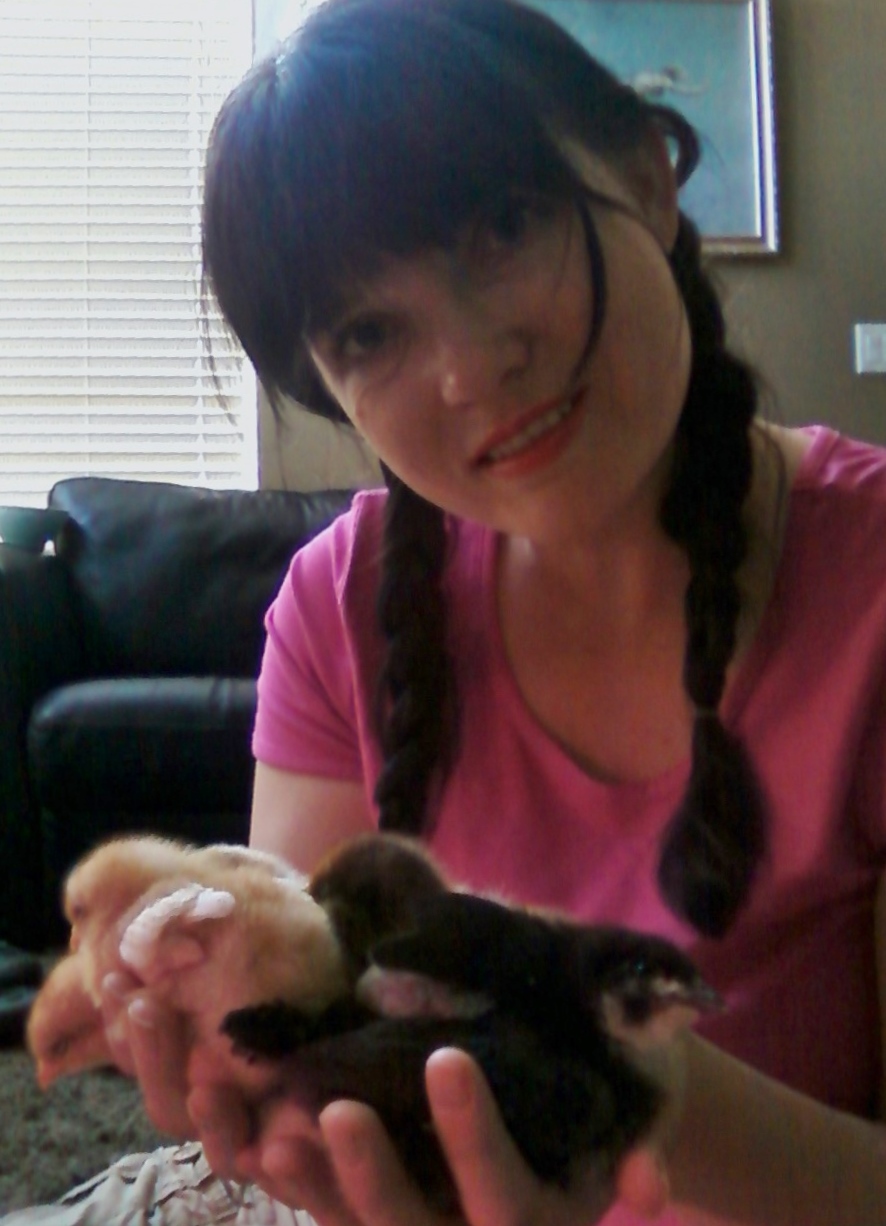 This is also how you pick up chicks. 😛 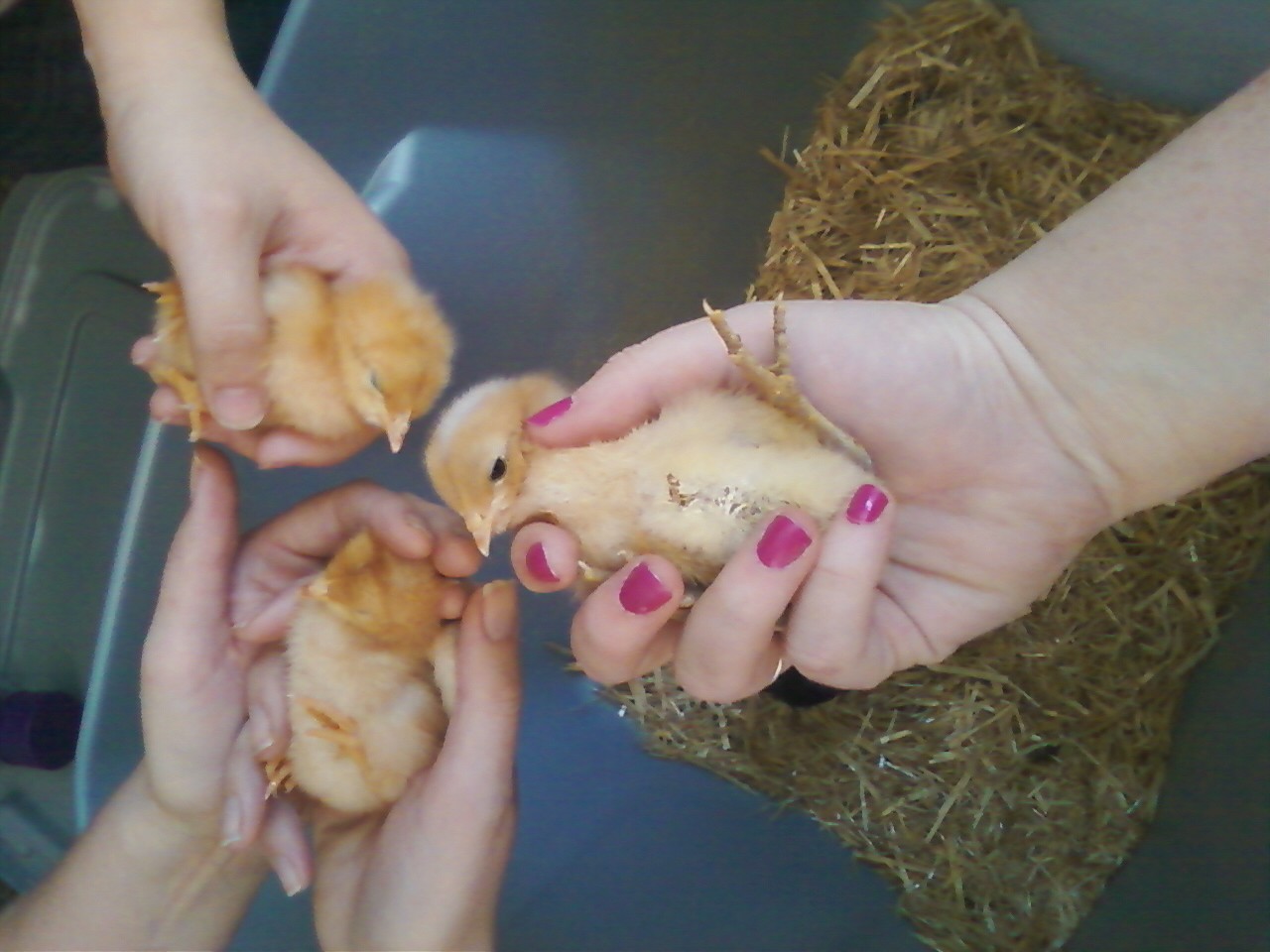 The Angry Ginger, my friend Jamie, and I each have one to snuggle!

We went and picked up five of the little darlings. Originally the plan was for four, but this tiny baby chick was being crushed into the corner by its siblings.

“She probably won’t make it through the night,” the woman warned.

“Then we’ll take that other little one, too, so we’ll have the four after little Five Piece kicks the proverbial chicken bucket.”

Five Piece is doing beautifully. They all are. We now have a happy flock of five! 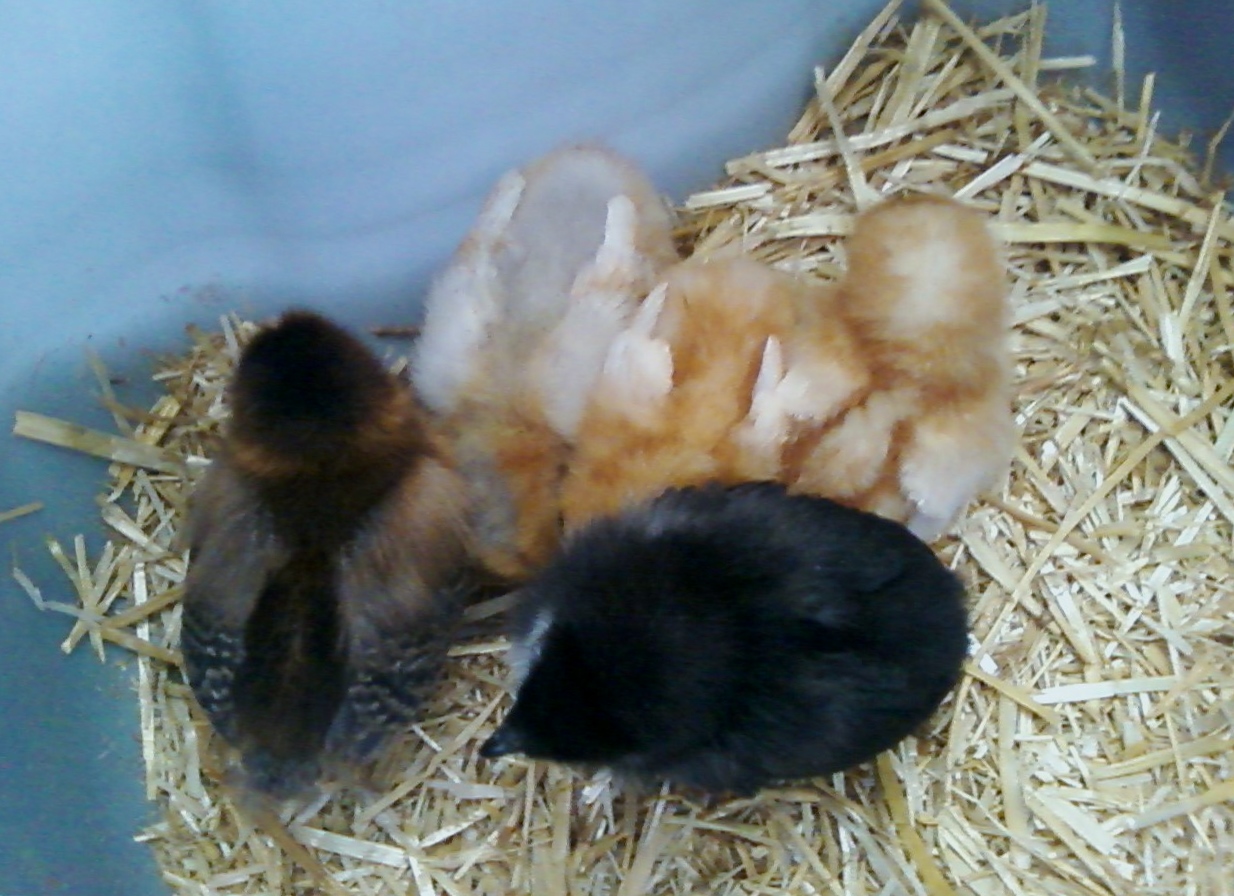 The chicks are, from left to right, Jessica Fletcher (the brown Araucana), Chicken Noodle (the white Araucana), Five Piece (the middle Golden Sex Link), Winner Winner (the Golden Sex Link on the right), and Peco (the black Australorp).

Peco was originally named “Pecker” by my six-year-old, but I didn’t need sweet, cherubic voices shrieking “Pecker!” around here. Since Littlest calls her “Peco” anyway, we just went with that.

Lest you worry, we’ll never, ever eat these chickens, despite their names. And yes, Jessica Fletcher is definitely the busybody of the group.

The chicks stay inside this container under a heat lamp at 95 degrees until their feathers grow in. These pictures were taken a few weeks ago, so they’ve actually moved outside to their chicken coop now. They seem super happy there!

Backyard chickens are much more common in Las Vegas than I realized. You’re not allowed to have roosters in city limits, but hens are just fine. 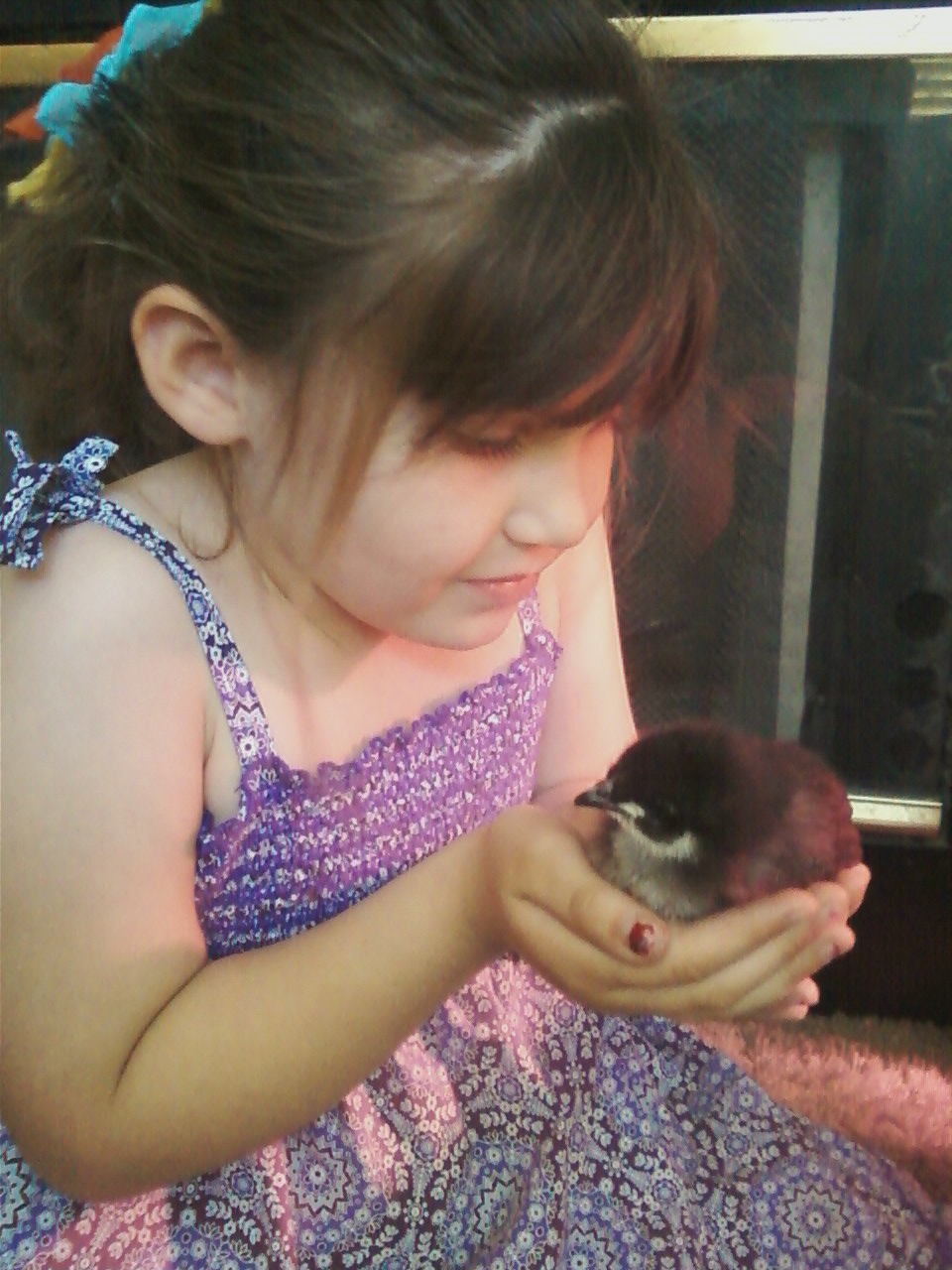 We wanted them for a number of reasons. Self-sufficiency. Responsibility for the children. Research for the next novel I’m starting, which has the working title of “The Kitchen Witch.” But really, this picture above says everything.

Do you have chickens? Any suggestions for newbies?

4 Comments on “Hey. This Is How You Pick Up Chicks.”