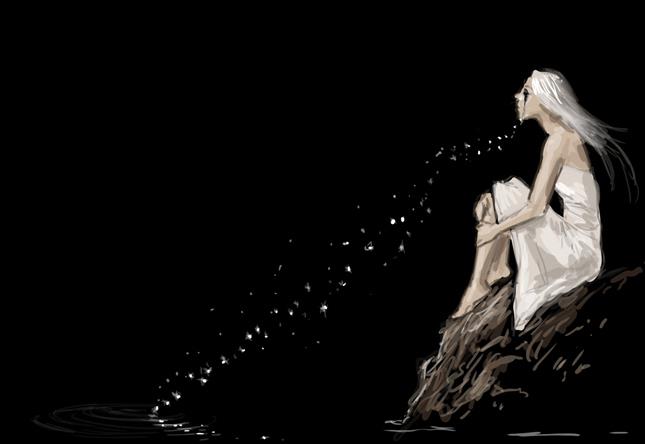 I’ve mentioned it here and there, but I’m thrilled to officially announce that my favorite thing I ever wrote will be coming out this fall! Ragnarok Publications will release my book Pretty Little Dead Girls: A Novel of Murder and Whimsy this September.

Bryony Adams is destined to be murdered, but fortunately Fate has terrible marksmanship. In order to survive, she must run as far and as fast as she can. After arriving in Seattle, Bryony befriends a tortured musician, a market fish-thrower, and a starry-eyed hero who is secretly a serial killer bent on fulfilling Bryony’s dark destiny.

Mercedes M. Yardley’s Pretty Little Dead Girls: A Novel of Murder and Whimsy is a dark, lovely fairy tale with lyrical language and a high body count.  It will be released by Ragnarok Publications in September of 2014.

One of my favorite artists of all time, Galen Dara, agreed to do the cover. She creates some of the most feminine, darkly beautiful art that I have ever seen. If you’re not familiar with her work, run and check her out.

There will also be a special limited edition hardcover that will feature a tip-in insert of Orion Zangara’s work. It’s stunning, and makes a wonderful edition. The pre-order only hardcover will be available in October.

Ahhhh! I’m so excited! This book is the reason that I started describing my work as “whimsical horror.” There simply wasn’t another genre that it fit into. I hope it’s something you’ll read and enjoy, and will hopefully make the world a little bit more magical for you.