Somebody broke my chicken.

Fairy Eggs are these teeny tiny little eggs that sometimes show up like magic. They’re also called Witch Eggs. We found one in our coop and were thoroughly charmed. We wanted to make an itty bitty omelet out of it. 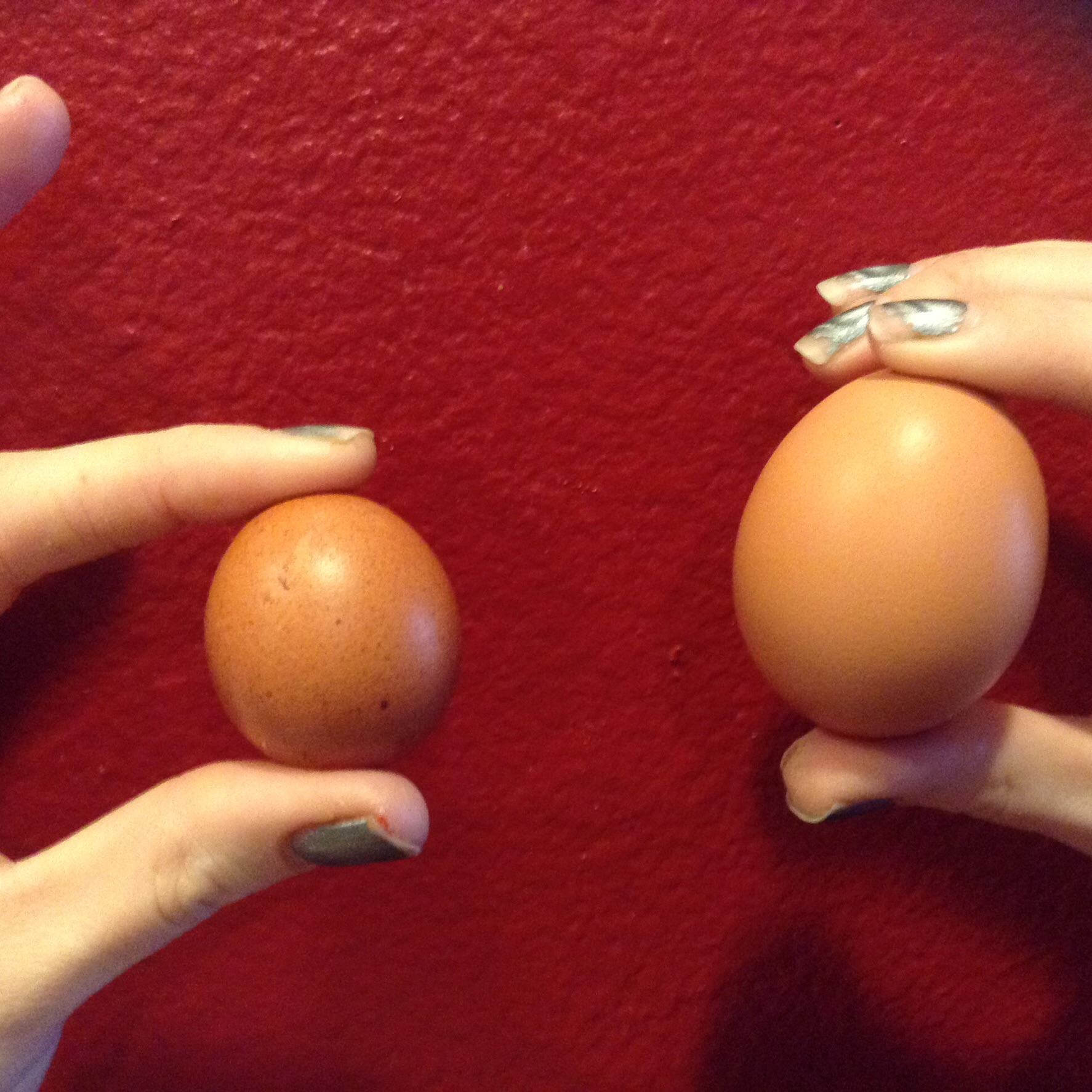 Fairy Egg and a regular egg.

So, terrified that my chickens were being pestered by the wee folk, I checked out why fairy eggs happen. Turns out it’s usually a bump in the chicken’s reproductive cycle if they’re actively laying eggs, or possibly a new layer trying to get into the groove. Since we have one chicken that isn’t laying at all, although we won’t name any names 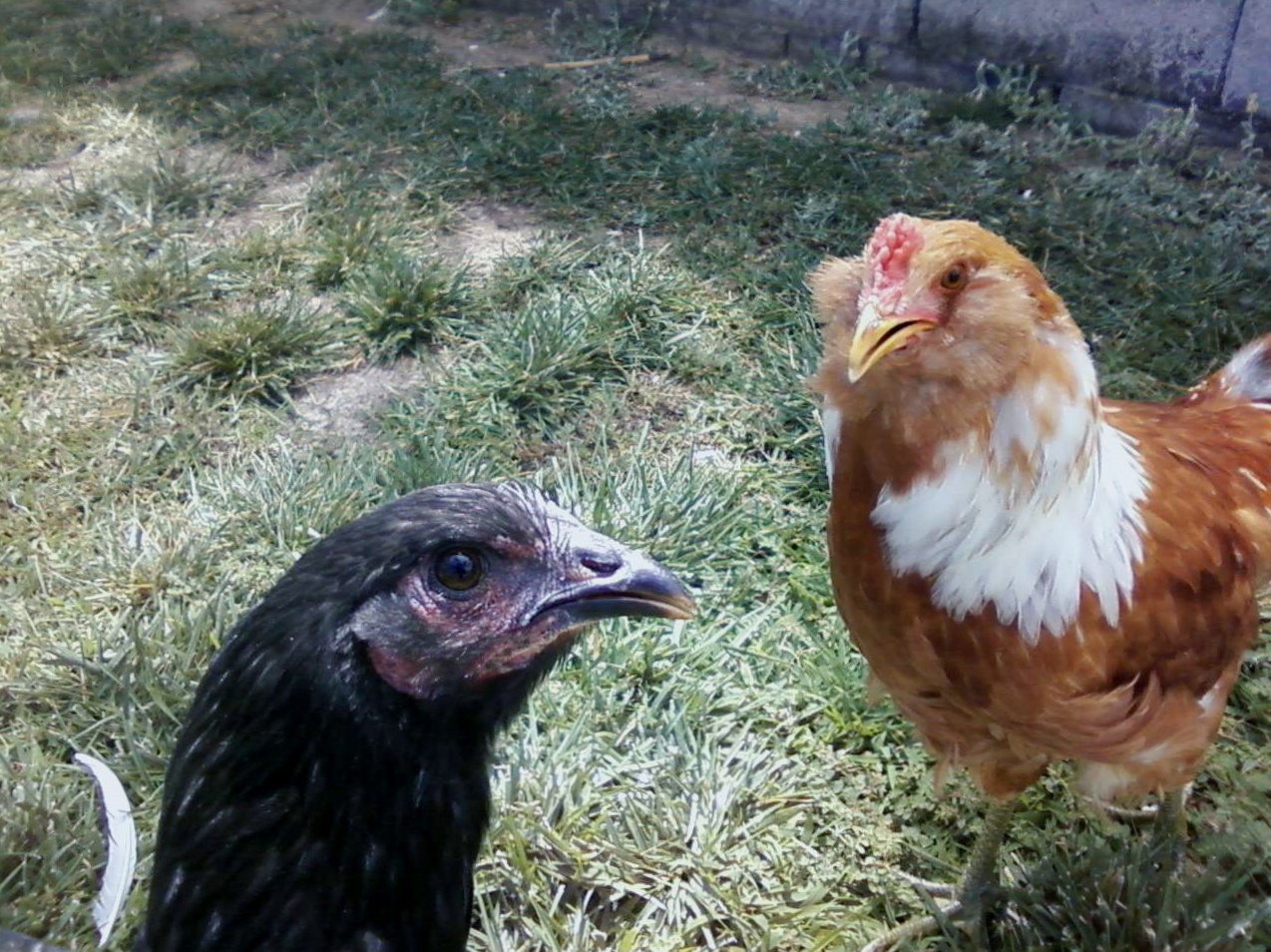 Everyone look at Pecko the black chicken (who doesn’t lay eggs).

I assumed the fairy egg was hers.

And it turns out we were right! A few weeks later, we had two beautiful brown eggs on the same day! Add that to Jessica Fletcher’s gorgeous blue ones, and all three hens are laying! 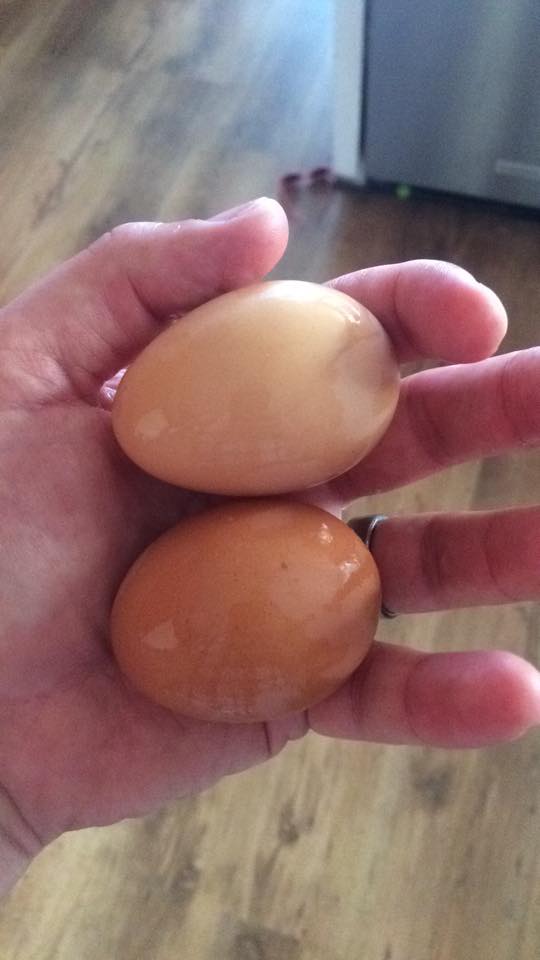 They’re just a thing of beauty! Look at all of these sweet eggs, including the blues and the tiny fairy egg holding court. These simple things really make me smile. 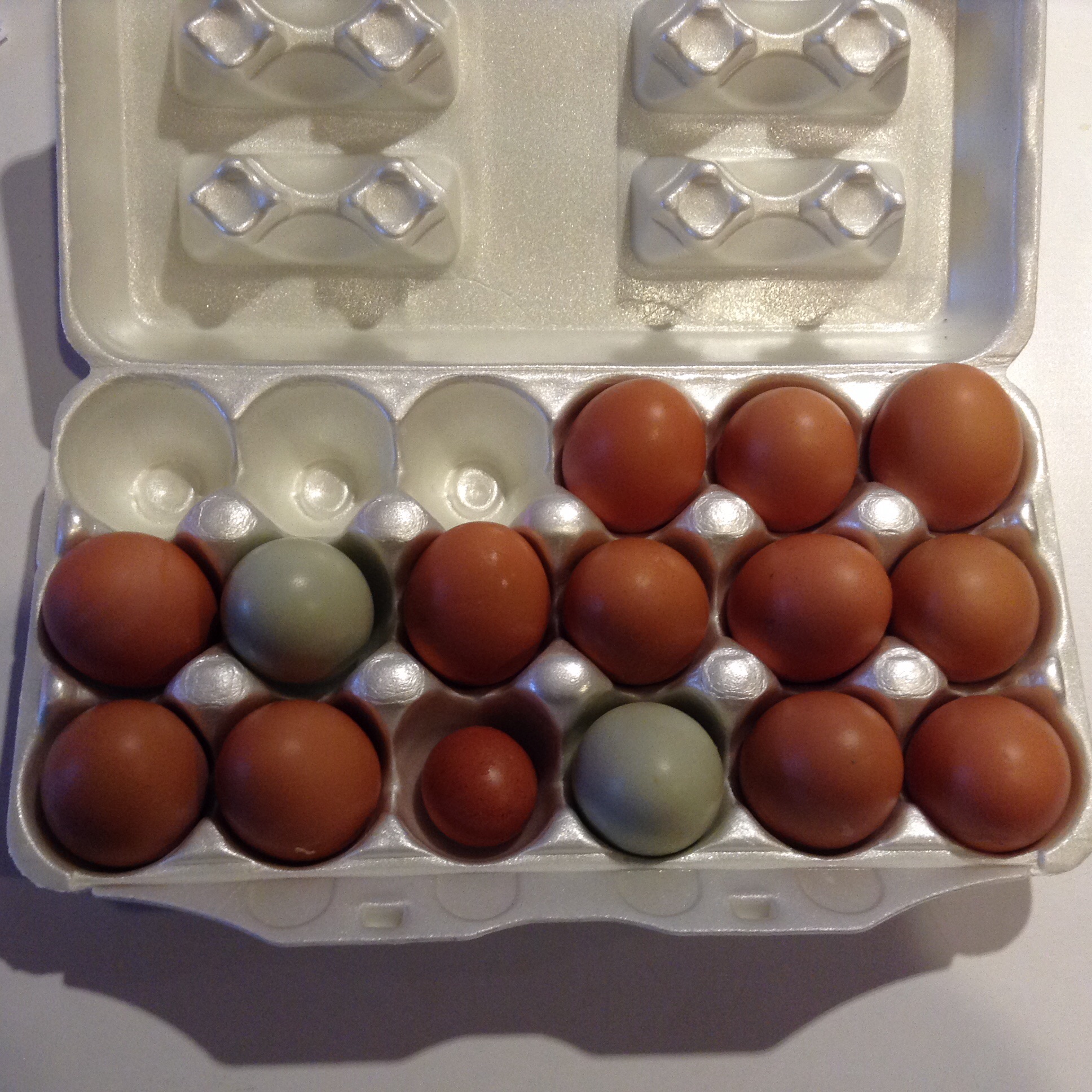