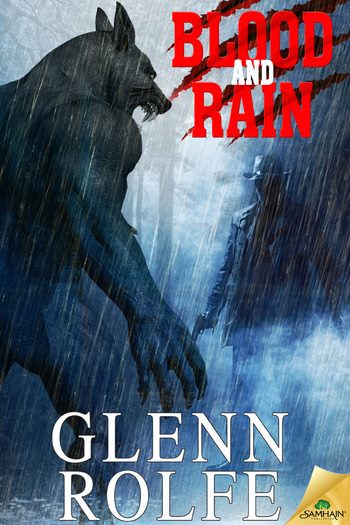 The light of a full moon reveals many secrets.
Gilson Creek, Maine. A safe, rural community. Summer is here. School is out and the warm waters of Emerson Lake await. But one man’s terrible secret will unleash a nightmare straight off the silver screen. Under the full moon, a night of terror and death re-awakens horrors long sleeping. Sheriff Joe Fischer, a man fighting for the safety of his daughter, his sanity and his community, must confront the sins of his past. Can Sheriff Fischer set Gilson Creek free from the beast hiding in its shadows, or will a small town die under a curse it can’t even comprehend? One night can-and will-change everything.
Find Glenn Rolfe at: http://glennrolfe.com/ as well as Facebook and Twitter. 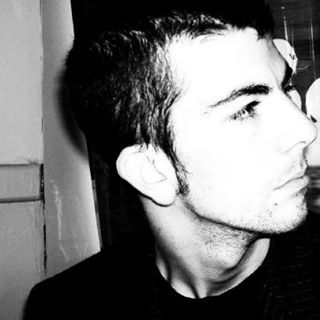 “Music and the Wolf in Me”
I’ve always been one of those writers who creates to music. I tend to listen to songs and albums that I’ve listened to tons of times. Eighties hard rock got the most play during the first draft of the Blood and Rain manuscript. I subscribed to Sirius XM for three months and worked three hours a night on the story while listening to Hair Nation.
If you were to dig through the original draft you would come across Twisted Sister (which survived the final draft), Lita Ford, Aerosmith, Poison, Guns N’ Roses, Europe, and Def Leppard. One of my characters, Ted McKinney, is a radio disc jockey. Ted hosts the morning show, “Wild Ted’s Mornin’ Meds” for the local radio station.  I allowed Ted to host his show on Sunday mornings where he is there to serve the Saturday Night Aftermathers.
Ted also plays in a local band of forty-somethings called the Broken Ex’s.  Obviously, being a musician and music lover myself, I feel a strong kinship with the character. Ted was a lot of fun to create. In keeping the story streamlined, lean and mean, and fast paced, I ended up cutting about half of Ted’s story from the final manuscript. It was hard to do, but I felt dipping too far into his past and bringing in a love interest took away from the main story that I set out to In the end, I feel like the story turned out just right. The main focus is on Sheriff Joe Fischer and former-sheriff-turned-recluse, Stan Springs. But no spotlight superstars are complete without their backing band. So, let Joe and Stan can be your Axl and Slash, but I hope Ted grabs a spot as your Duff or Izzy.
In honor of “Wild” Ted McKinney, I give you the unofficial soundtrack for Blood and
1. Summertime Girls- Y&T
2. Turn up the Radio – Autograph
3. Toys in the Attic- Aerosmith
4. Sweet Child o’ Mine- Guns N’ Roses
5. Photograph- Def Leppard
6. Free Fallin’ Tom Petty
7. Kiss Me Deadly- Lita Ford
8. Of Wolf and Man- Metallica
9. S.M.F. – Twisted Sister
10. Bad Moon Rising – Credence Clearwater Revival

Purchase Links
Amazon
Barnes & Noble
Samhain
Giveaway!!!
For a chance to win a print copy of Glenn Rolfe’s short story collection, Slush, or a chance to win your choice of any of his titles in e-book format, go to the link below for the Rafflecopter sign-up. Good luck! The print copy is only good for those in the United States.

Questions can be referred to Erin Al-Mehairi, publicist, at hookofabook(at)hotmail(dot)com.

One Comment on “Pimp A Friend Friday: Glenn Rolfe. BLOOD AND RAIN”