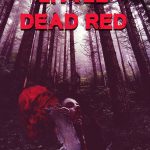 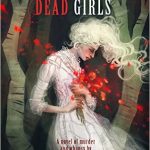 99 cents for a short time only!
The Wolf is roaming the city in this Bram Stoker Award winning Mercedes M. Yardley novella, and he must be stopped.
“LITTLE DEAD RED is a dark retelling of the classic fairy tale, Little Red Riding Hood. But make no mistake; it isn’t that story in modernized form. That would be dark enough, but Mercedes’ version would horrify a Grimm brother. Yardley masterfully doles out little tidbits of Grim Marie and Aleta’s backstories while simultaneously developing the story, taking us into the black recesses of her protagonist’s mind, and developing her characters with exceptional aptitude.” – Shane D. Keene, Shotgun Logic
Stop him before it’s too late: http://getbook.at/DeadAmazon

A dark yet lovely fairy tale with lyrical language and a high body count – Pretty Little Dead Girls: A Novel of Murder and Whimsy by Mercedes M. Yardley.
“PRETTY LITTLE DEAD GIRLS features a heroine who, despite the “smudge of impending doom” and an unrelenting, seriously perverse serial killer in hot pursuit, “challenged fate, challenged the universe.” Imagine Neil Gaiman and Wes Anderson penning a dual, simultaneous re-imagining of SILENCE OF THE LAMBS and PRETTY IN PINK and employing the late, great television show PUSHING DAISIES as a conceptual framework and you’ll be in the neighborhood.” – Fangoria Magazine
Can Bryony survive her destiny?: http://getbook.at/PrettyAmazon