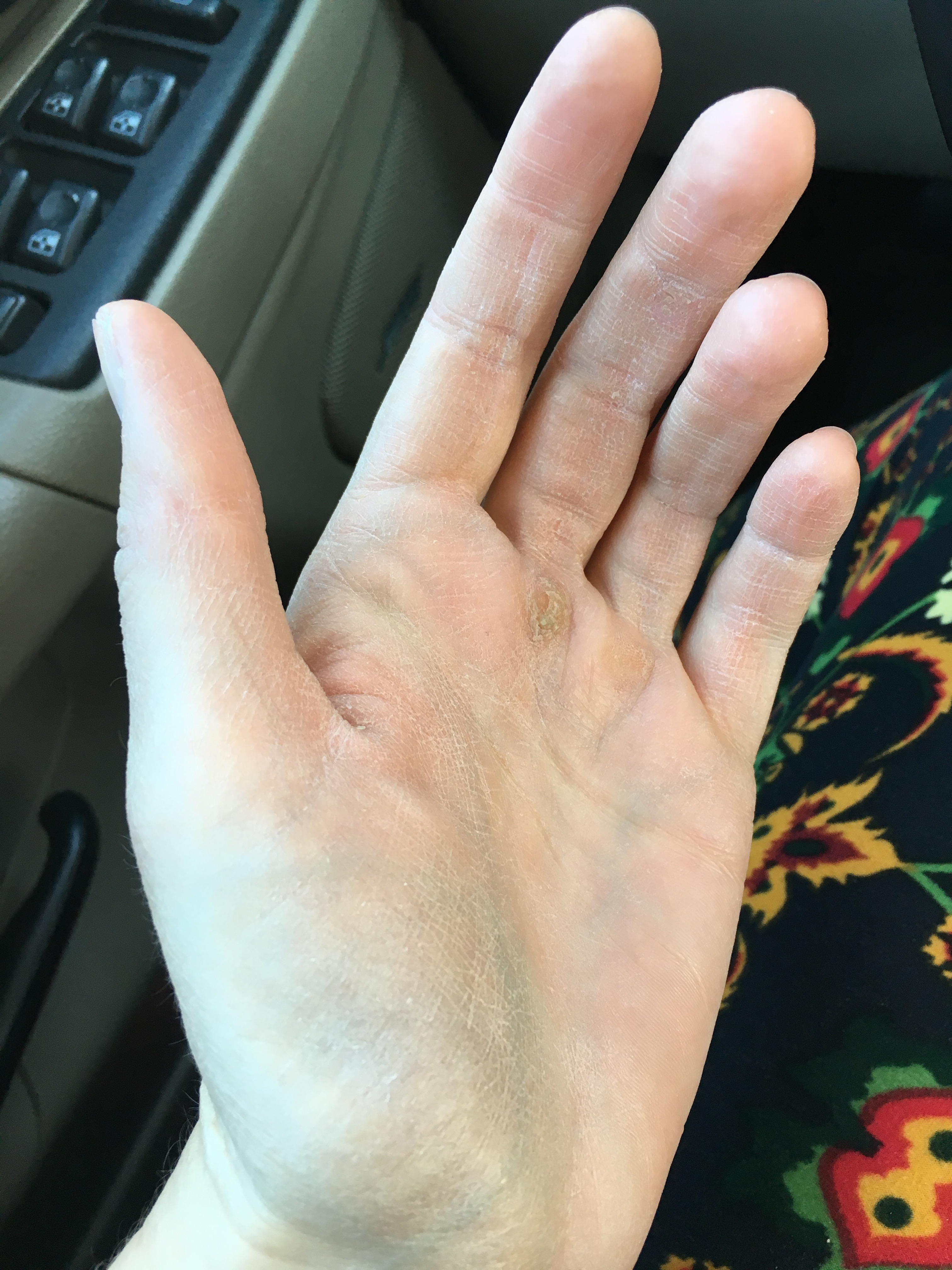 They say Tuesday’s child is full of grace. Apparently that isn’t so!
This morning was off to a rousing start when I slept through my alarm. Oldest had decided to go traipsing around outside in bare feet, scaring me and the neighbors. I got him settled, the power inexplicably went off (why?),and then I managed to get Middlest to her early morning honor choir. We rushed back, I got Oldest onto his bus, and then took Littlest BACK to the school for kindergarten.  I was already tired and it wasn’t 9 am yet.
Did I mention that my phone is tripping? It called my husband twice and my best friend once. It wasn’t in my purse or pocket, but sitting on the table, untouched, both times. With that, the power, and the car seat electronically adjusting itself back and forth all day without being touched, I’ve decided I have an electrical gremlin causing havoc.
Niko’s favorite blanket was left in the motel eight hours away, so I promised to replace it. I get to the store, buy my things, and come back to find that somebody has parked so close behind me that I could barely open my trunk and I didn’t have room to stand behind it to load stuff. Because of this, I was loading things awkwardly from the side, hurt my shoulder, and dropped a piece of heavy furniture on my hand. Man. That hurt. Extra points for not starting the offending car on fire for parking far too close. I think I would have been justified. When I went to hop into the car, the seat had adjusted itself so far forward that there was no way I was getting in there. Stupid gremlins.
Came home to ice my hand, which was throbbing and swelling. While carrying a glass jar I just bought, I tripped over Taco Truck (one of our two stray cats), dropped the jar, and then stepped on the glass with bare feet. I left bloody footprints as I limped off to take care of my foot, which was awesome because I still had difficulty with one hand and shoulder. But my Star Wars Band-Aids are AWESOME.
Honestly, at this point I wanted to hide in my room and never come out again, but it was time for me to pick up the three kiddos and get to gettin’. Also, I have a short story and a revision to turn in this week. And a church thing tonight where we’ll be in charge of running and jumping children. Also, my husband is out of town on a business trip and I’m holding down the fort, alone and wounded.
I’m grateful that I’ve taken some Tylenol and I have enough distance from it to realize that it’s funny.  If I was watching a movie, I’d point at the screen and yell out, “Stay in bed, you poor sap! The universe is out to kill you!”
The universe may kill me yet. We’ll see. But at least I tried, and I’d give myself a hearty high five for that except that it would hurt far too much. 😛

2 Comments on “A Very Crappy Tuesday: The Universe Has It In For Miss Murder”