So this strange eye thing happened a few months ago. And it has changed everything.
You might remember that I was nearly killed in July by a scorpion sting. Since then, I’ve had a few difficulties getting back on my feet. Nerve damage, twinges, mental fog, etc. It laid me pretty flat and it’s taken me quite a bit of time to build myself back up. I’m still not there, and I have an extremely weak immune system. Hooray!
A few months ago I went to the doctor for a red, swollen eye. It was misdiagnosed as allergies. Five days later, I returned and we realized I had iritis, which is inflammation of the pupil. Then the retina became inflamed, as well. My pupil became abnormally shaped, I had a loss of vision, and the pain was a nine on the scale. Youch!
So they gave me some insanely powerful eye drops to use twice a day, and a patch. 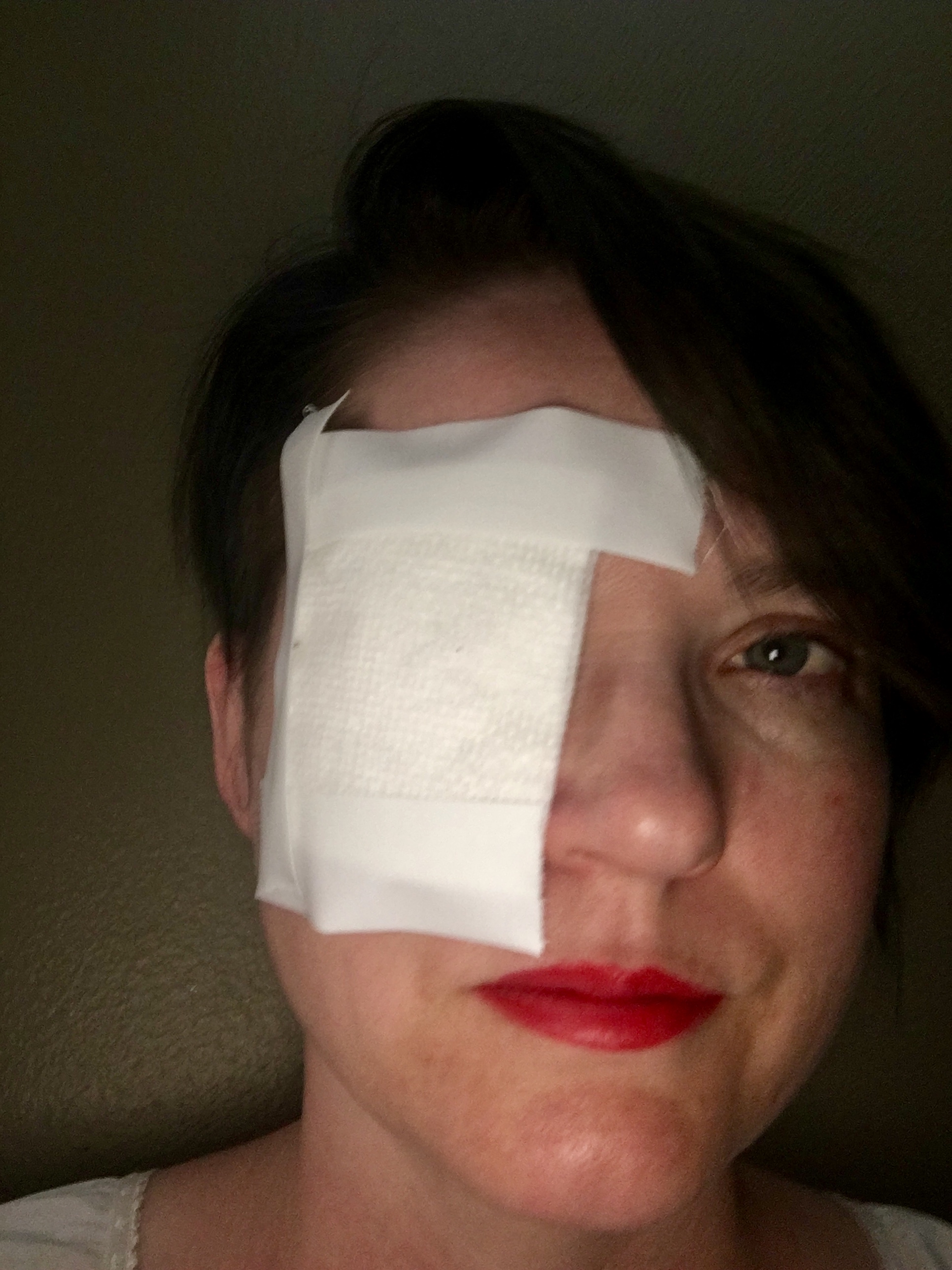 And then a patch. 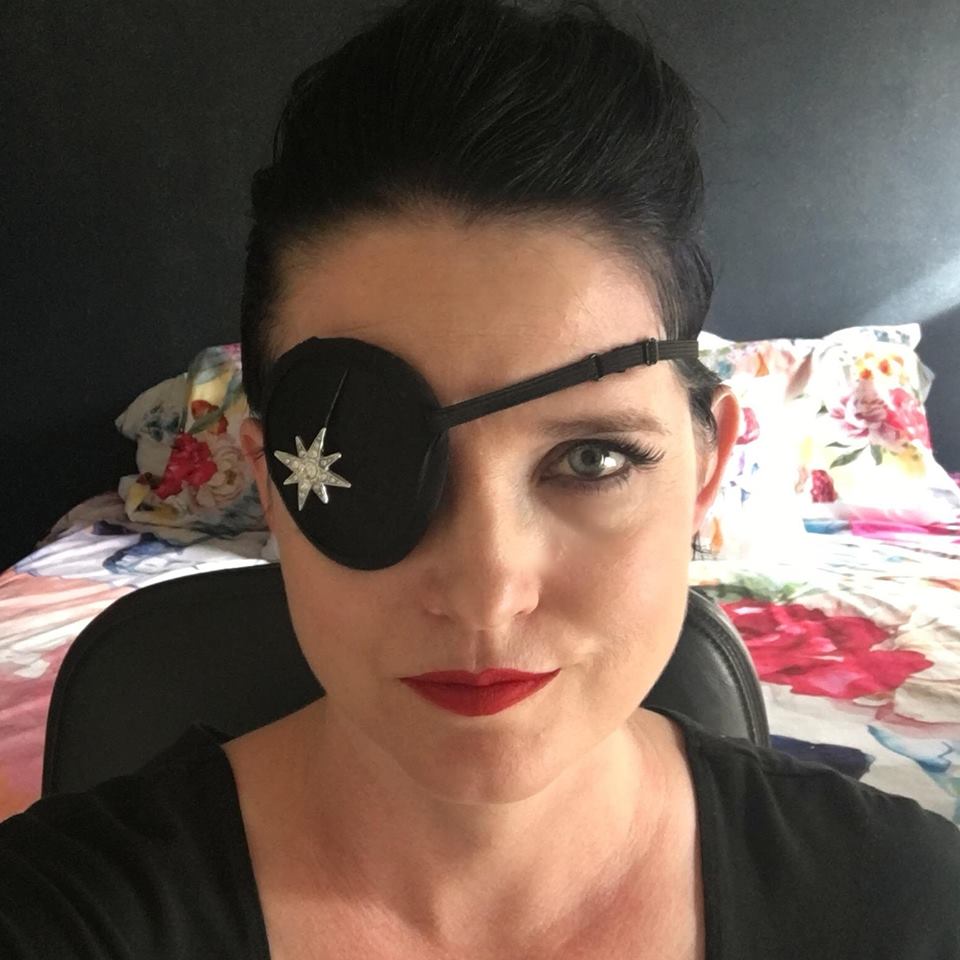 My eyes don’t match. My right pupil is blown and there’s some vision loss. I’m having difficulty looking at phones and computer screens. The change in vision and sensitivity to light gives me blinding headaches. I can’t read subtitles on the TV, or numbers on houses. There’s a bit of a smear across my vision, but it’s improving month by month. I’m still wearing sunglasses in restaurants and in the dark because my future’s so bright I gotta wear shades.
It looks a little strange, but isn’t super noticeable unless you’re close enough to, I don’t know, talk to me or give me change or look me in the eye like humans tend to do.

Thank anyone will notice that my eyes don’t match?

Okay, so it’s pretty noticeable. My eyes look like Black Phillip. If I ask you if you wouldst  like to live deliciously, then flee. Just run.
It’s been difficult. It’s been frustrating. It makes me feel vulnerable. Not being able to see is kind of a big deal. Last week I sewed straight through my finger because I couldn’t see what I was doing. It was pretty metal.
Literally.
The inflammation moved to the other eye as well, so we’re running a few blood tests to look for underlying causes. It’s most likely the scorpion sting, however. Harrumph! 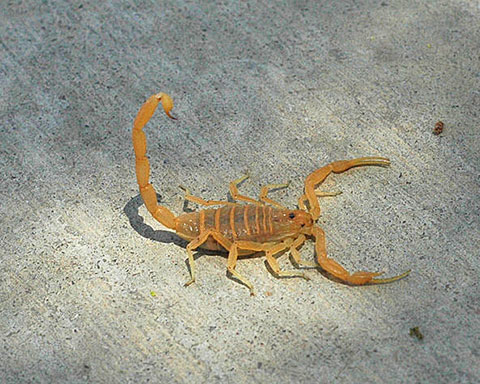 It’s uncomfortable to look different. People stare and I try not to let it get to me, but sometimes it does. Still, I have a pretty good sense of humor about it most of the time, and I appreciate the random pirate hats that have arrived in the mail. They make me laugh. You guys are dorks and I love you.
So that’s the eye thing! It’s weird and random and seems to fit in with everything else in life. And like everything else, it’s an experience. Love you guys! If you have any questions, just shoot.