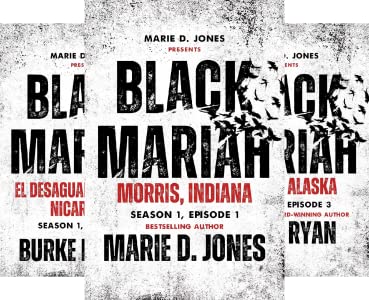 Oh, my friends. This is the Super Sekrit Project that I have been working on, and it is certainly going to be something special!  May I introduce you Black Mariah, a sweeping conspiracy theory serial that is going to knock your socks off!

BLACK MARIAH is a ripped-from-the-headlines thriller told in episodic form about a series of global attacks that spawn a worldwide underground revolution of citizens who band together to stop the coming New World Order in the vein of V FOR VENDETTA meets THE STAND.

This is such a creative, ambitious project and I’m thrilled and honored to be part of it. I hope you enjoy it!