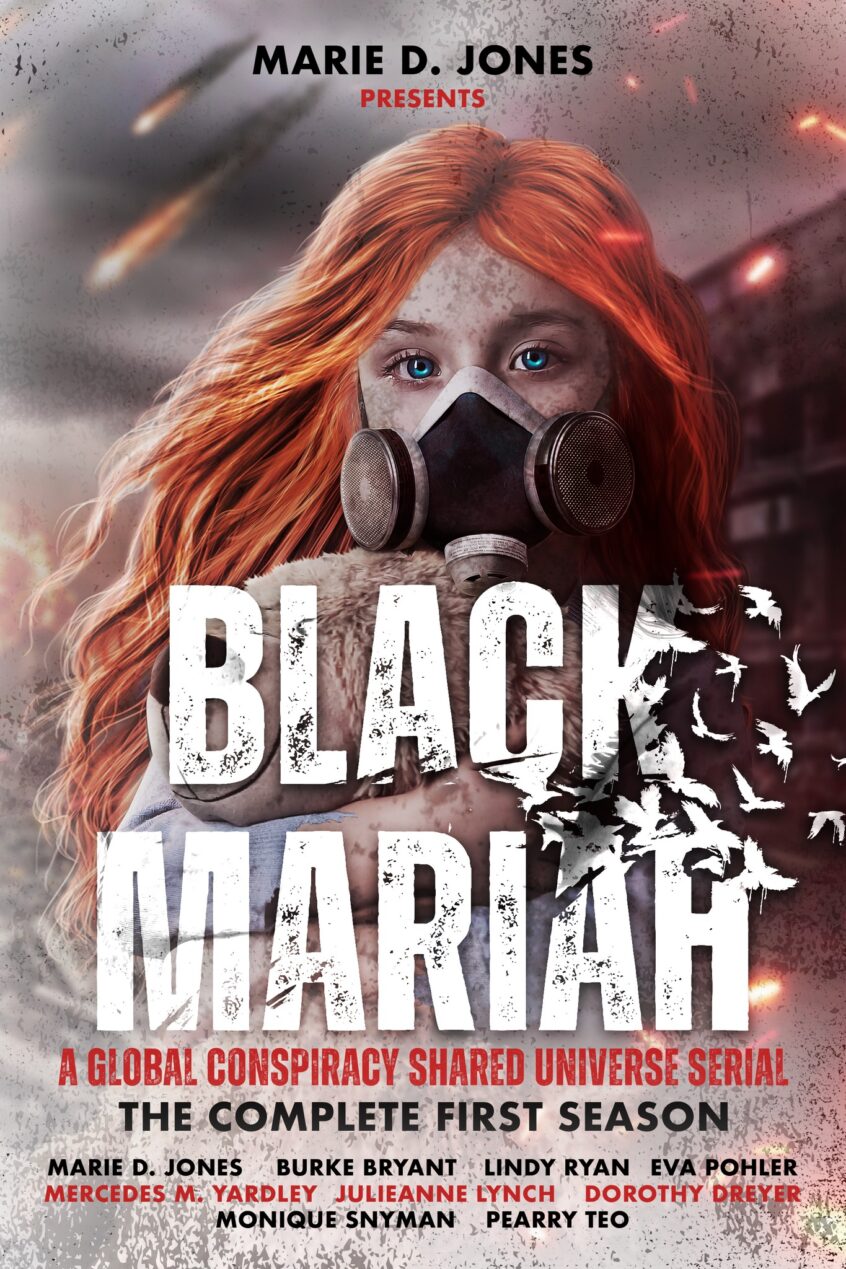 I’m delighted to announce that our shared world project BLACK MARIAH is available in paperback!

Each episode is available as a separate ebook, but this is the first time they’re all collected into one volume!

WAVE ONE HAS BEGUN

All over the world, from small rural towns to big cities, from Alaska to South Africa, something is happening. Though events differ from place to place, all point to the same chilling outcome: the implementation of a New World Order by the global elite. Their goal—to centralize the world’s power and wealth into their own hands, and to control humanity. But first they need to cull the human population to sustainable levels, and their plans have begun.

Welcome to the world of Black Mariah, a harrowing near-future ripped from today’s headlines that dares to look at what might come next. This is a world of conspiracies and cover-ups, of lies and deception, of chaos and confusion, and of small groups of people who realize the only way to survive is to harness the power of the human spirit. To defy and persist. In the wake of the quest for survival, a revolution called “Defiance” is born.

Each of the stories in this series is a stand-alone in the Black Mariah Shared World, a collaborative effort by authors from all across the globe whose characters react and respond to the same events, but in their own unique ways. Each story takes the reader on a journey of one of these characters, allowing for multiple perspectives to unfold. The only thing these characters have in common is that they survived Wave One. But will they survive what’s to come?

This collection includes all TEN novellas of Black Mariah, Season 1.

Immerse yourself in the world of “Black Mariah” and stay up to date on news and announcements at www.BlackMariahSeries.com.