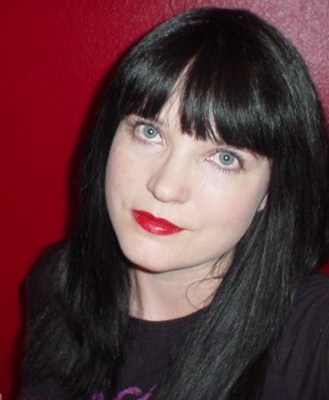 I am taking an axe to my hair.  Well, I’m actually going to find a stylist to take scissors to it, but the end result shall be about a foot and a half of black hair on the salon floor.  I’ve had the same hair for about two years now, which is some kind of record for me.  I’m ready for a change. It’s grown so long that it’s past the point of usefulness.  It’s always in a bun, in a ponytail, or tied back with a little skully bandana.  I wake up and it writhes around my face like Medusa’s snakes.  It takes forever to comb through. It takes 45 minutes (at least) to straighten.  I get it caught in my seatbelt, under my purse strap, in car doors.

Still, it’s a tough decision to make.  It took me a while to grow it out, and sometimes I really like it.  But ultimately the cons outweigh the pros.  This hair belongs to the girl of a year ago; it doesn’t reflect the much more mod and sleek girl of today.  So I debated, and finally made the decision to kill my darling.

Manuscripts are the same way.  It’s tough to pare them down because we took time and energy in getting them to their current state.  It took sacrifice. We bled words.  We put off other things that we’d rather be doing in order to make the commitment to write. But just because your manuscript is finally where you envisioned it being a year ago, is that really the best place for it?  Should it be shorter?  Should you axe out a character that seemed clever earlier, but ended up being deadweight?  Does the manuscript reflect who you are right now?  Because you’ve changed.  You’ve changed your perceptions and possibly your style and writing flourishes.  Are you holding on to a piece that you treasured before, but is now cumbersome?  Take a critical look at it.  Then choppity chop chop that baby down if you need to.  You don’t need to hold yourself to the commitments that you made earlier.  You need to be true to what your artistic vision is now.

Be free, my friends.