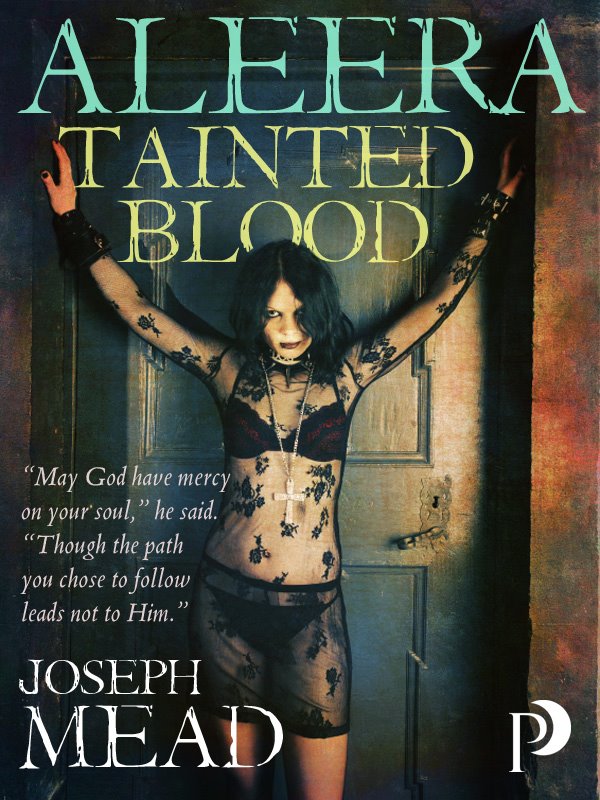 I just finished Joseph Mead’s debut novel Aleera: Tainted Blood.  Aleera, the daughter of a demonic warlord and a succubus, is being tormented by a serial killer who leaves behind charred bodies.  While trying to track down the killer, she is constantly battling her own dark urges.  Will she be able to control the demon inside her when her life is at stake?

The book reads more like a mostly complete novel rather than a completely finished one.  I was easily distracted at first by the numerous typos and what I felt was rather contrived scenarios.  Aleera manages to get a knife pulled on her not once, but twice in the first 13 pages.  That seemed extreme to me and hey, I live in Las Vegas.

Only it wasn’t.  I quickly grew to appreciate the interesting and diverse cast of characters.  There’s someone for everybody here.  The group includes a sexy half-succubus, a shy best friend, an older mentor and his feline familar, among others.  I also enjoyed the physical manifestations that took hold when Aleera slipped into her bloodthirsty demonic mode.  Sharp claws protrude from her hands, wings sprout from her back, and her eyes glow red.  The action scenes are fast, vicious, and engaging.  It was also fun to see how she navigates changing relationships with her friends.  After all, otherworldly or not, she’s still a teenager.

Aleera: Tainted Blood isn’t to be confused with the earlier version of this story, which is simply known as Tainted Blood. Don’t be confused if you’re shopping on Amazon. While I would suggest that Mr. Mead goes through and give this book another round of polishing, I found it entertaining.  I also enjoyed the easily sustainable world that he created.  If he were to write a sequel to Aleera,  I would most likely pick it up and follow the characters on their other misadventures.  Dark, sexy, and bloody, this book delivered on what it promised.