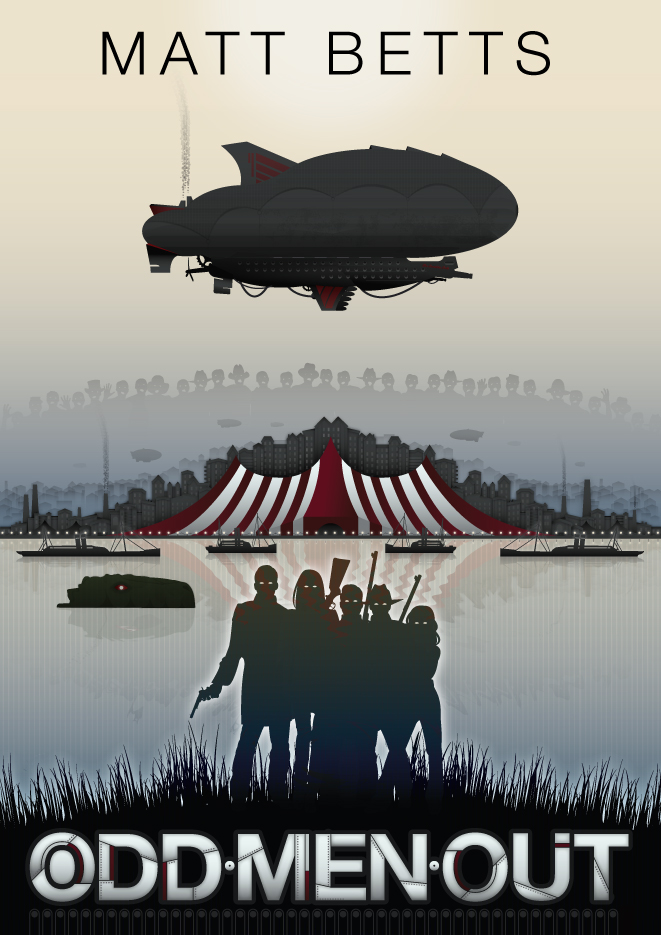 I’m sure that you are familiar with the bloodthirsty rivalry that I have with the nefarious Matt Betts. What? You aren’t? Well, that’s probably a good thing because, while we were once into hamstringing each other every chance we got, we sort of became older and wiser and…well, lazy.  Instead of throwing grenades while racing through the yard, we started lobbing insults. And then kind of became, well, almost friends in a way.  I beta read his novel, which made it SO INCREDIBLY AWESOME THAT IT IS NOW BEING PUBLISHED by Dog Star Press! Rock on! (Mostly because of my help, of course. But the man writes a solid tale anyway.)  😛

So congratulations, Matt! And check out the gorgeous cover of his Firefly/Walking Dead/Godzilla mash-up, Odd Men Out.  The cover is really cool. The book is even better. Check it out when it’s available this July! Here’s the info:

Fighting for survival in a post-Civil War America overrun by zombies, Cyrus and Lucinda join a military group called the Odd Men Out, and together they face a terrorist army from the North in a showdown over a weapon of enormous power.

The Civil War went on far longer than anyone expected, prompting the North and South to call a truce to fight their common enemy: The Chewers – dead men come to life to attack the living. As a result, a peacekeeping force called the Office of Military Operations is created to watch over the tenuous peace.

Cyrus Joseph Spencer didn’t fight in the war and couldn’t care less about the United Nations of America that resulted from it. His main concern is making money and protecting his crew from all manner of danger. To escape a horrible tragedy, Cyrus and one of his wards, Lucinda, board a U.N. dirigible for safety. They quickly discover their situation has not improved as the U.N. team is chasing a group of rogue soldiers in hopes of stopping them from obtaining a terrible weapon.

They also have to contend with a larger threat – Drago del Vapore – a giant lizard attacking the West Coast and wreaking havoc on everything it encounters. As the two sides face off against each other and the huge beast, Cyrus feels more and more like an Odd Man Out and finds it harder and harder to stay out of the fight.

3 Comments on “My Nemesis Has A Book! And It’s Awesome!”