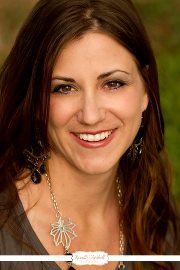 I’m wild about this woman. She’s my pocket-sized soul sister. And she has a book! Yay! That drops TODAY! Today, people!

Let’s learn a little bit about her debut novel, Feudlings. 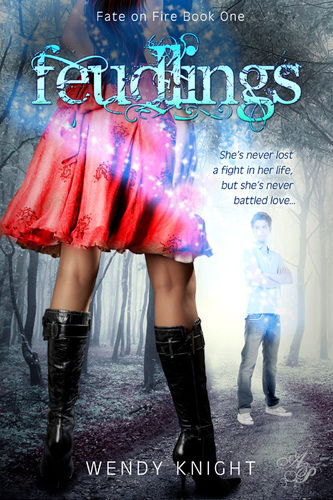 Nothing makes a new school suck worse than discovering the guy you’re in love with is your prophesied nemesis.

Ari is the most powerful flame-throwing sorceress ever, and her people’s last hope in an ancient war. But she’s also a seventeen-year-old girl, and in her free, not-hunting-nemesis times, she jumps from school to school, trying to figure out regular people her own age and pretending she’ll get the chance to graduate.

Shane lives a double life. He goes to school and masters the art of popularity, hiding the fact that he has a fate with a slim chance of his survival. He’s destined to end a 300 year-old war by killing or being killed. He knows he’s hunted by a powerful enemy who’s not afraid to die. Only problem? He has no idea who that enemy is.

When Ari shows up at Shane’s school, angry and sullen and determined to keep him at arm’s reach, neither of them realize they are supposed to be killing each other, not falling in love. Until Ari does realize it, and she almost dies – by Shane’s hand.

Doesn’t that sound awesome? I can’t wait to read it. Wendy was also gracious enough to actually INTERVIEW HERSELF because I was trying to finish writing my novel. Yet another reason that I love her. That, and she has a killer stiletto collection. Oh, if only we wore the same size!

What is your favorite time to write?

Late, late night. One, because everyone in the house is asleep and I don’t have any interruptions. Two, because I write better when I’m sleep-deprived and loopy. Go figure.

Where is your favorite place to write?

Somewhere quiet. I love my children. Really, I do. But I can’t write with distractions, and they’re cute enough that they will always be a distraction!

Do you ever write in your pjs?

Is that a trick question? Is there anything else to write in? Are you implying I am supposed to get dressed every day?!

Who is your favorite character in Feudlings?

Ari. I love that she is uber-tough and uber-powerful. More than that, she is the exact opposite of me. When I put her in a situation, I would think, “Okay, what would I do here?” and then I would have her do the exact opposite. She’s everything I want to be and can’t. Curse you, shyness!

Is Feudlings part of a series?

It is! Feudlings will eventually be a three-part book. The sequel, Feudlings in Flames, is just about ready to send to my publisher. The prequel is just an idea in my head right now, but it is demanding to be written.

I love this woman. She’s wonderful, witty, kind, gorgeous, and delightfully awkward in the best of ways. You should all totally get to know her. She’s worth it.  You can find her on Twitter at @wjk8099 and on her blog at http://writethroughthenoise.blogspot.com/.

Go! See! Partake! And pick up Feudlings here. It sounds like a fun ride.  I’ll have an excerpt of it up later. 🙂