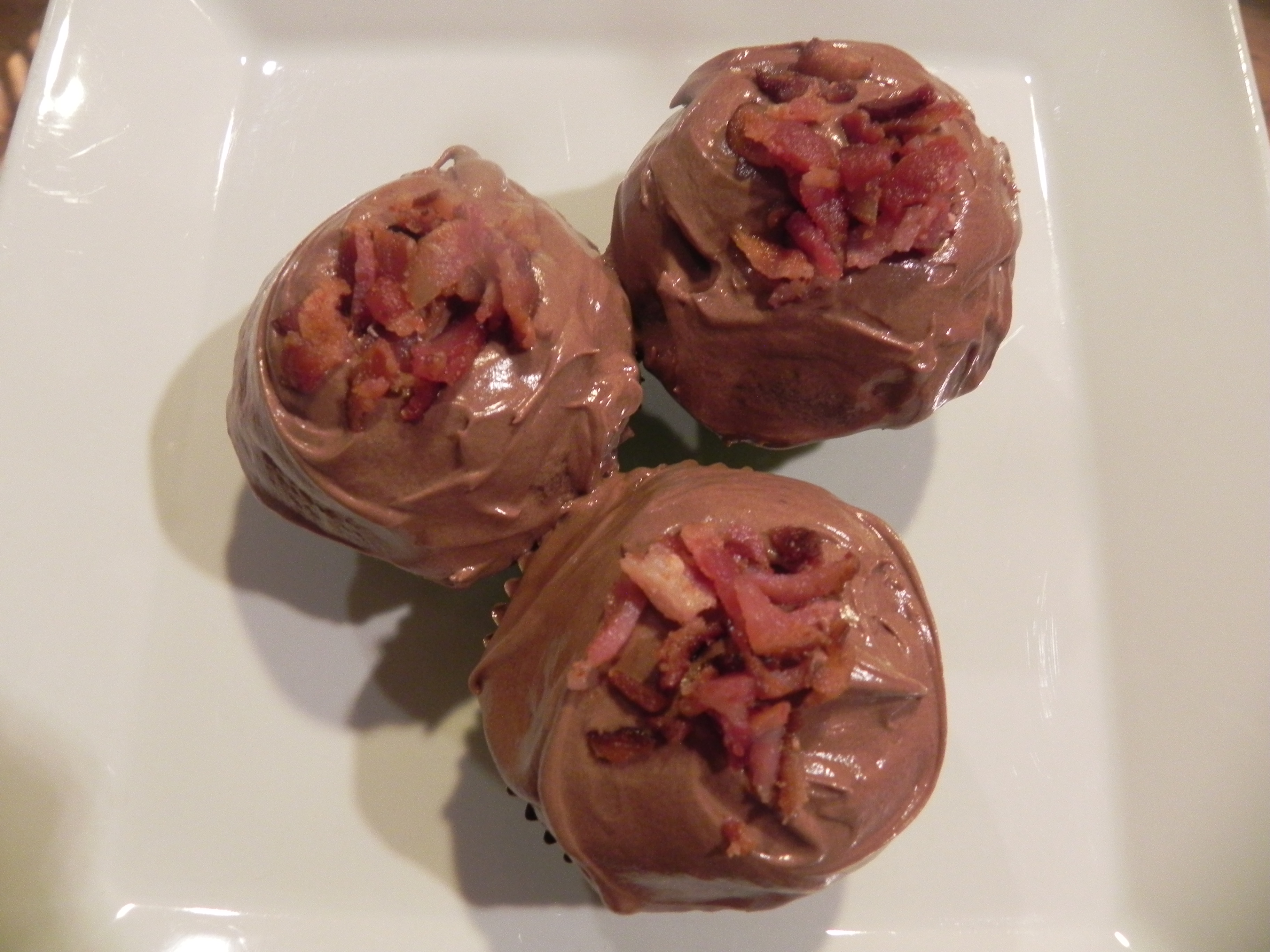 Seriously. Bacon. Maple. Chocolate. Cupcakes. TOGETHER. They’re a tasty salty/sweet snack, and really easy to make! I found the recipe in the October 2013’s Family Journal Magazine. And man, are they worth a shot!

Cook a package of bacon until crispy.

Heat oven to 350 degrees. Line cupcake pans with paper liners. Stir 1 ¾  cups flour, ¾ cup cocoa powder, 2 ¼ tsp baking powder, and ¼ teaspoon salt. Beat 2 sticks softened unsalted butter and 1 ¼ cups sugar together in a bowl. When well-mixed, beat in three eggs and 1 tsp maple extract.  Mix in the flour mixture and ¾ cup of milk.  Fold in about 10 sliced of chopped, crispy bacon. Fill each cupcake liner with the batter and bake for 21-22 minutes or until a toothpick comes out clean.

There are a few changes I’d personally make to this recipe. One is that the cupcake itself is a little crumblier and drier than I’m used to. Of course, I live in the middle of the desert and it does affect baking. I’d use a cheap Betty Crocker or Pillsbury mix to make the cupcakes, because they tend to be really moist. Also, you can do without the bacon inside of the batter. Unless it’s cut fairly large, it’s difficult to taste. But don’t scrimp with the bacon on top! It’s delicious. And the icing is to die for. Having a bad day? Not anymore, friend. Enjoy.