My son Niko, who has Williams Syndrome, has a few fixations, Washers and dryers, for example. Listening to the same song over and over. Hotels and buses. 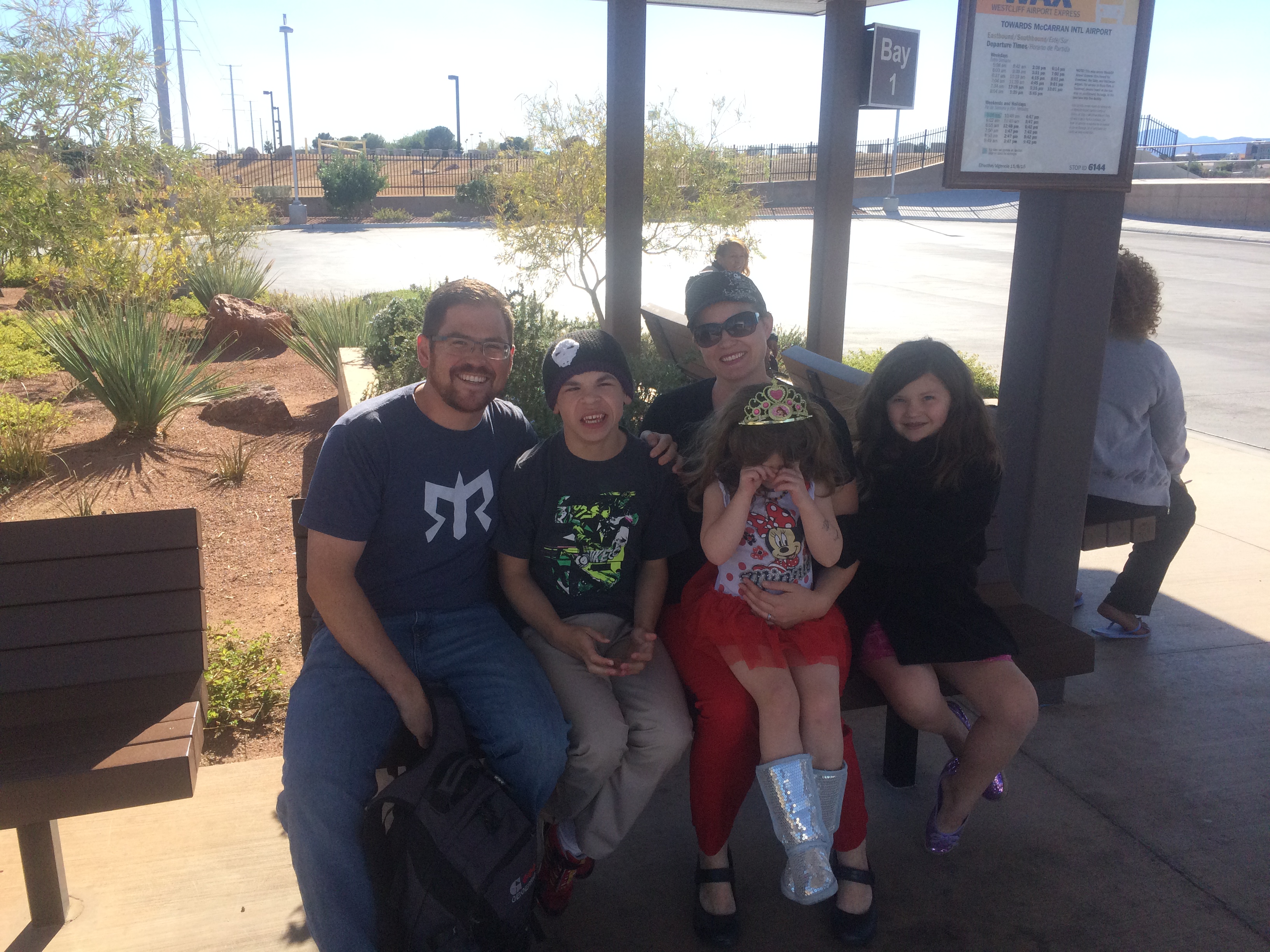 The Yardley clan down at the transit center. Yay!

About six months ago, we promised we’d go on a public bus in November. He’s been looking forward to it for months, and has asked about it several times every day. (Anybody familiar with Williams will be familiar with the constant asking and reassuring about future activities.) Since today was Veterans Day and everybody was home from work and school, we decided it was a wonderful time to spend together as a family and enjoy the safety our military has fought for. Thank you so much for all you’ve done, Veterans. We appreciate it so much. 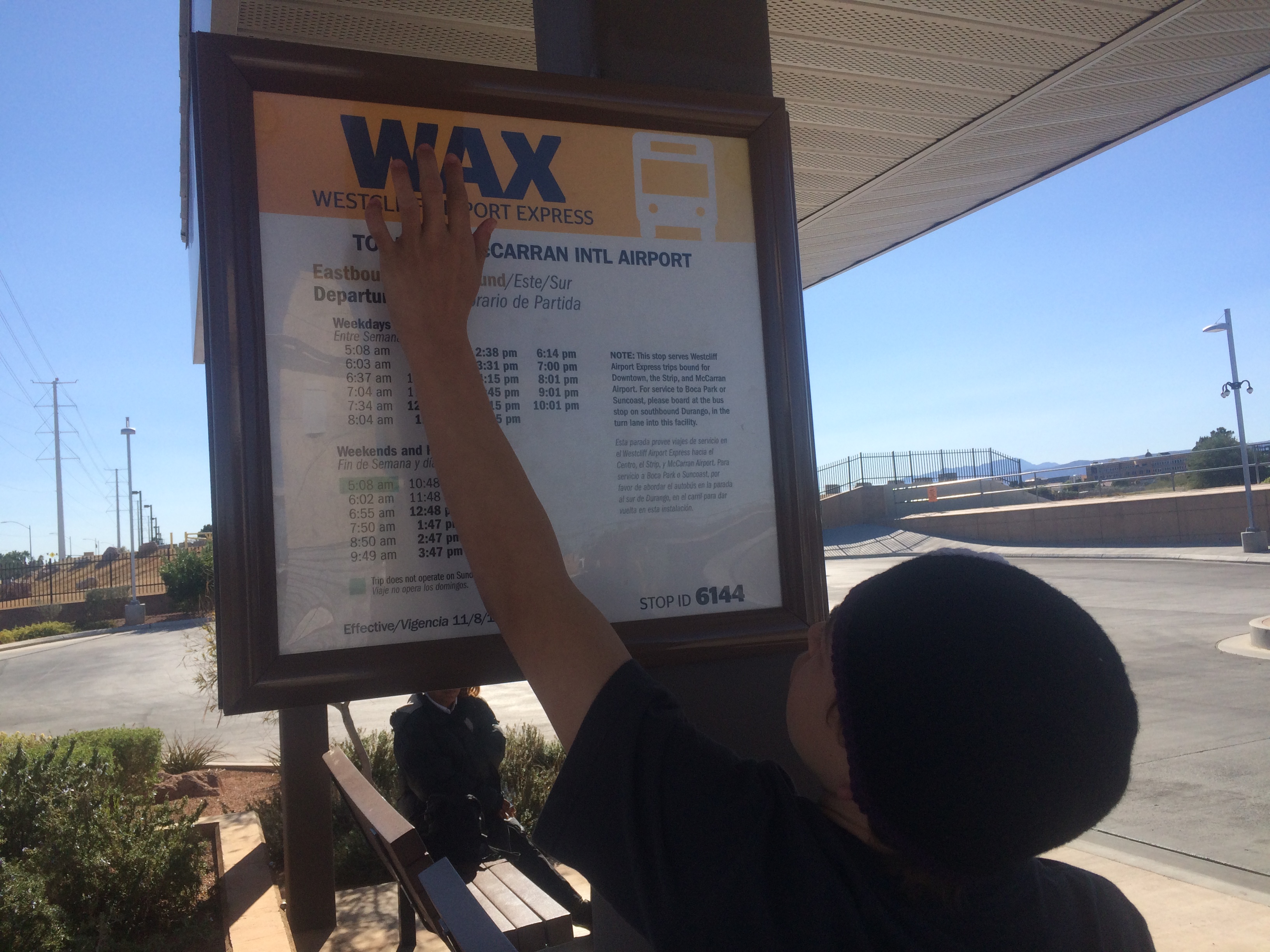 Niko checking out the route.

We spent $20 on tickets for all five of us, chose a route that would take us to the airport and back (he loves planes), and piled inside. 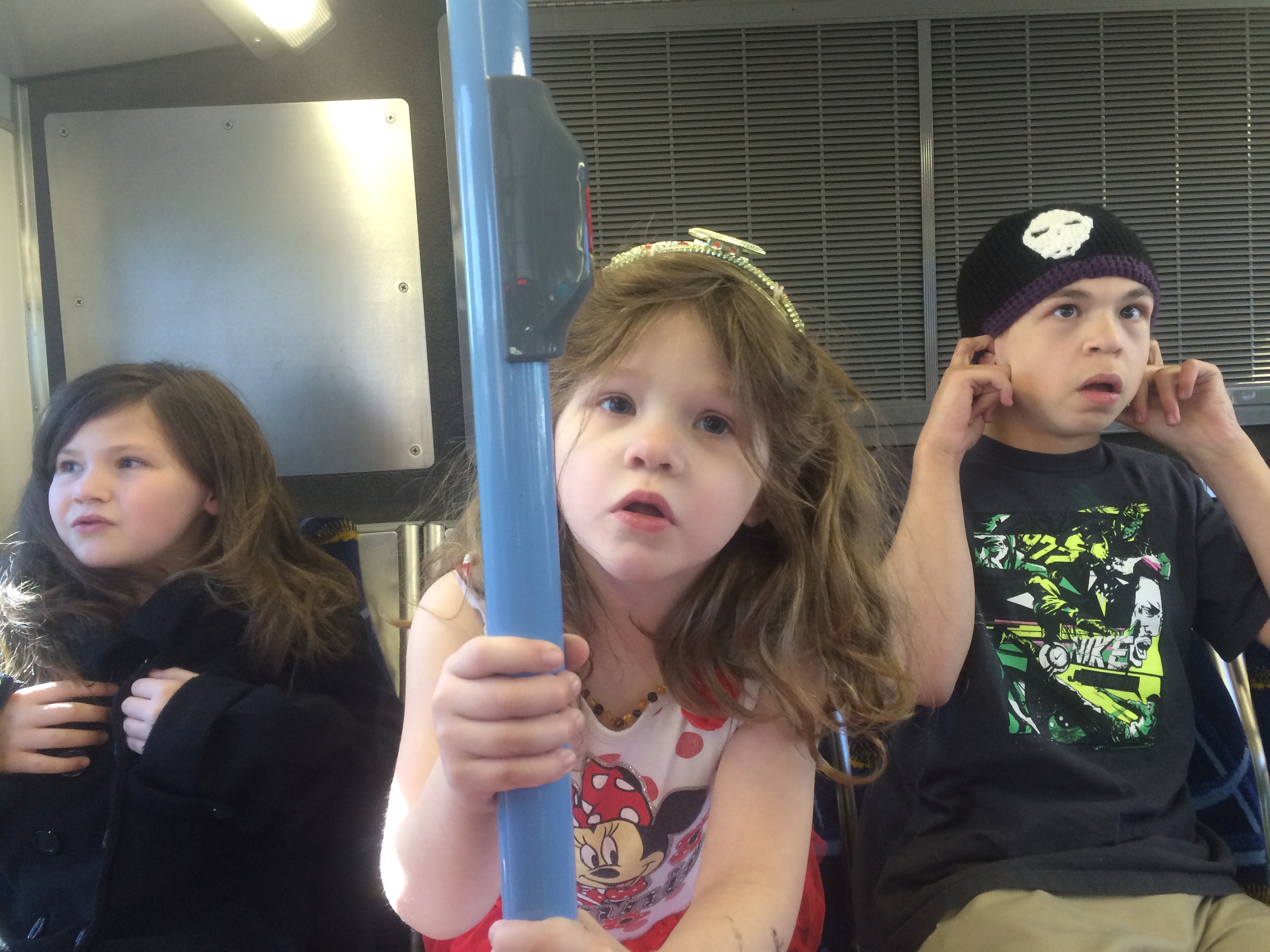 The Las Vegas Bus is a wonder!

The ride down took about 50 minutes. Then we rode escalators and elevators at the airport for another 45 minutes or so until it was time to climb on the return bus. The kids were good that a stranger even stopped me to say how well-behaved they were. That hasn’t happened before. Thanks, kind sir! I’ll take it! 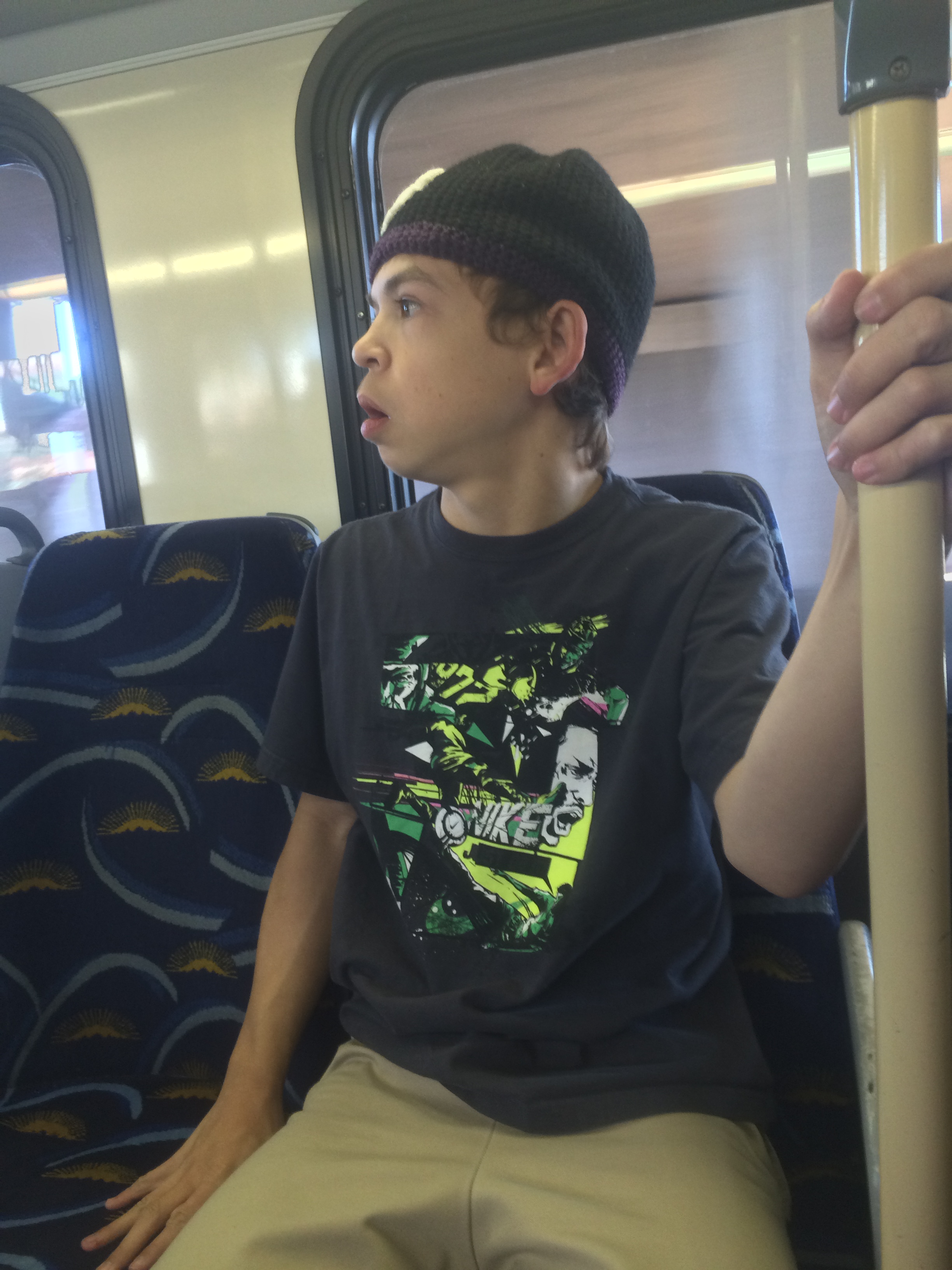 It was an out-of-the-ordinary holiday celebration, but it was something very dear to our family. The kids are already asking when we can do it again. It might be a new, strange Yardley tradition. The Great Veterans Day Bus Ride. 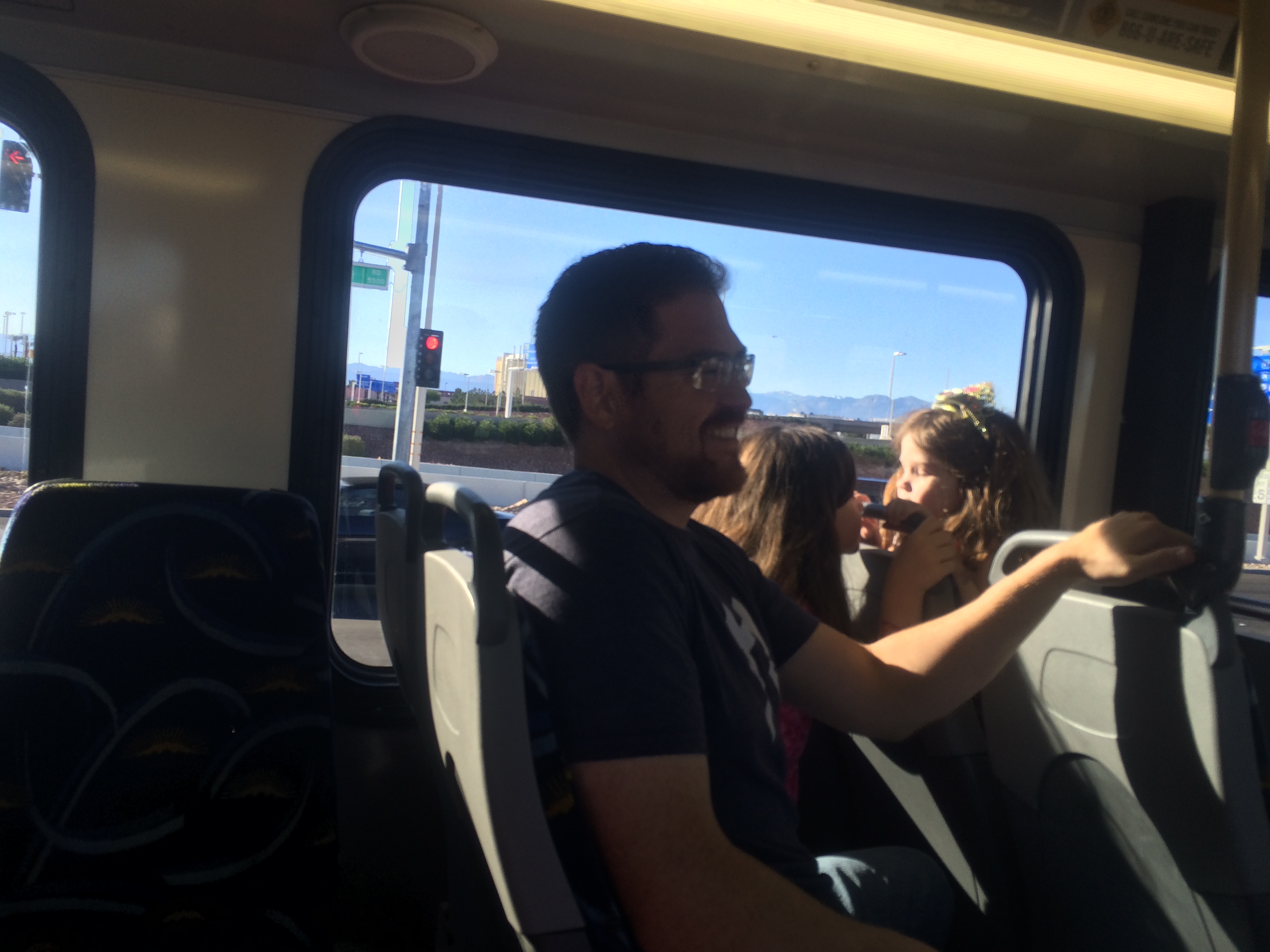 A new appreciation for the city. It’s different as a passenger.

I hope you enjoyed your holiday and had a chance to be with the people you love. I sure did. 🙂 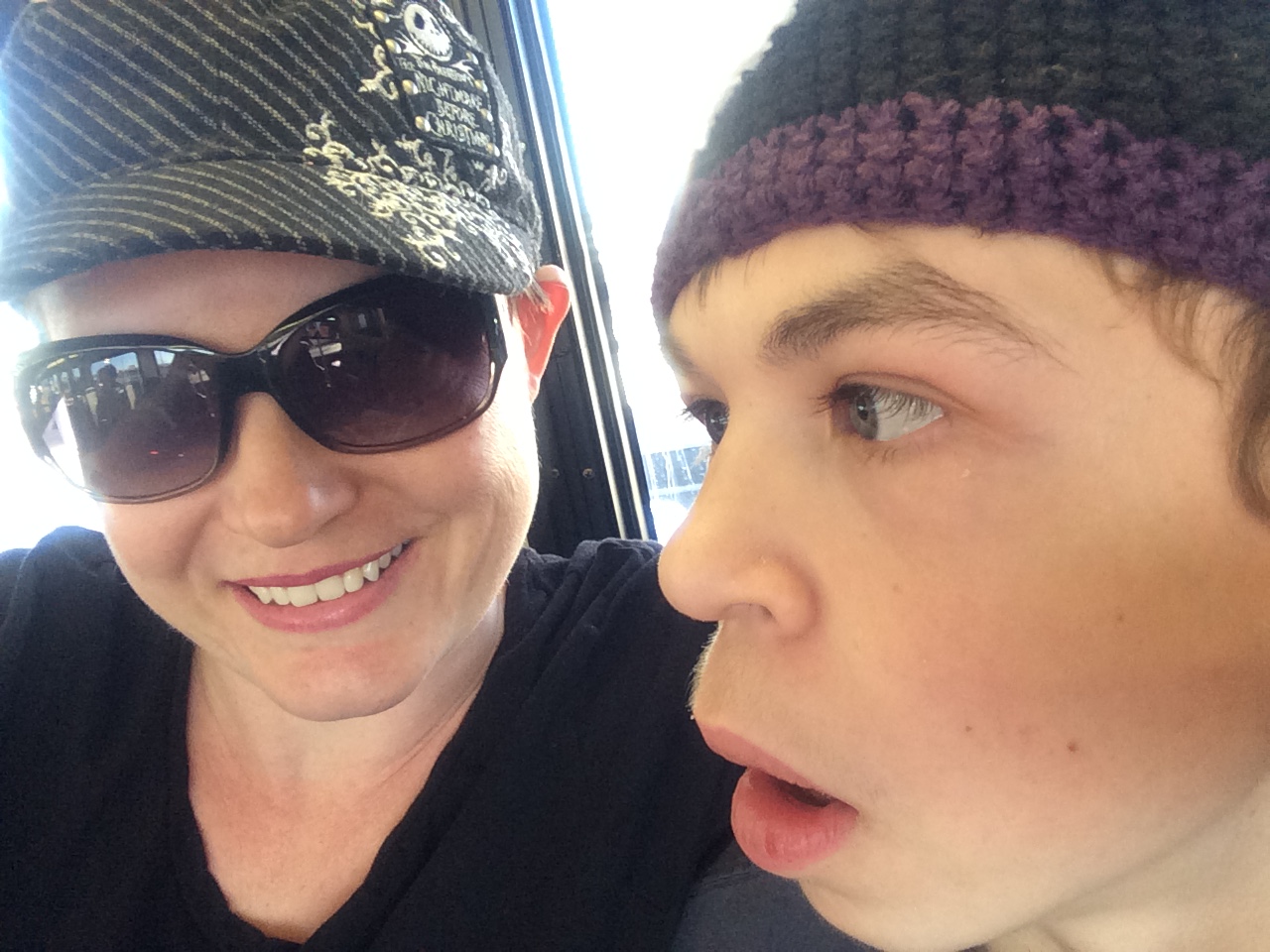