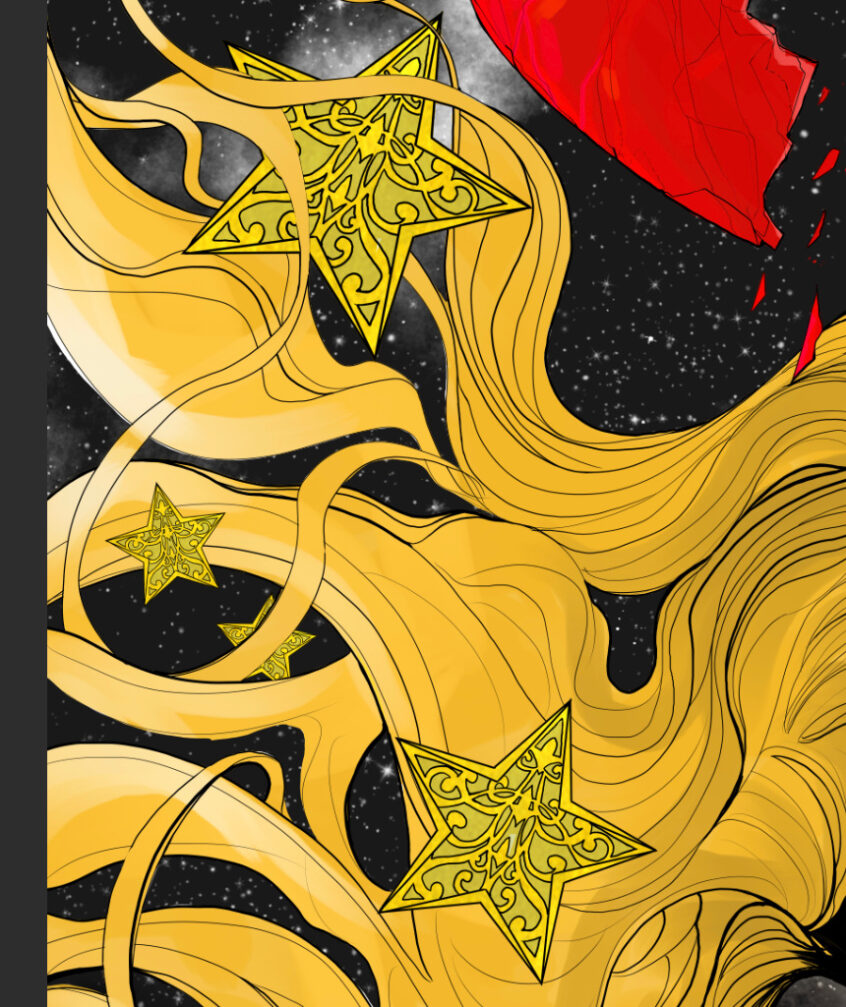 Happy April, dear friends! This month flew by, but we still have our April update on the Pretty Little Dead Girls graphic novel. Orion Zangara has been furiously working and has focused primarily on lettering. He found a wonderful font that has personality while being easy to read. It really adds a finishing touch to the panels, as demonstrated below. 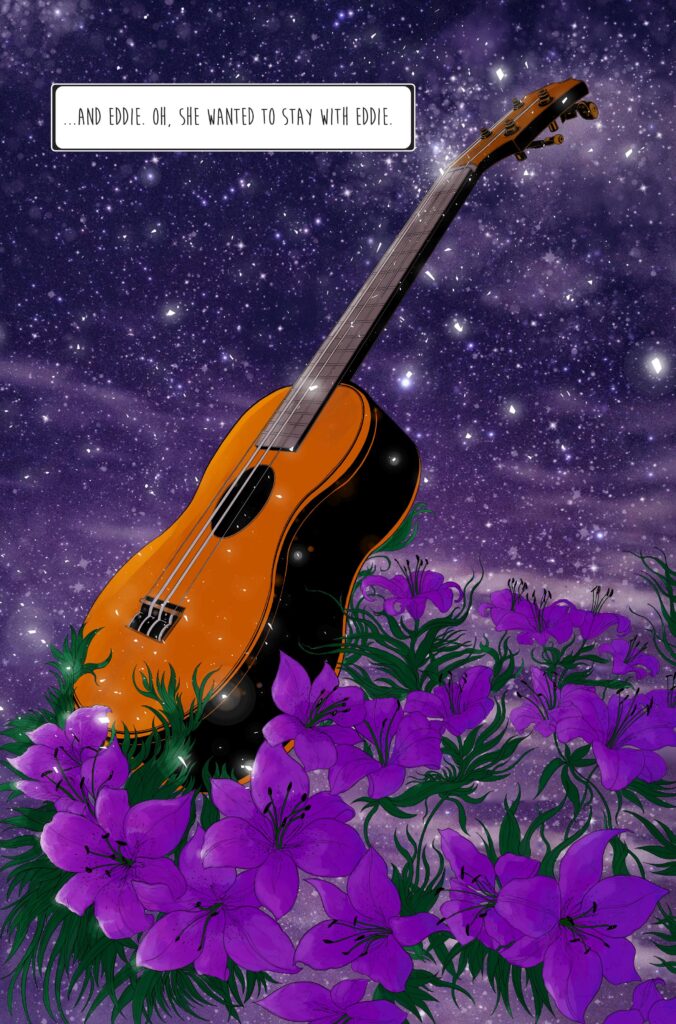 But this isn’t all! He’s been working on creating new panels as well. The featured image is a cropped version of a larger panel he sent me this week. I want you to see the detail. It’s so exquisite! I can’t wait until we can show you the entire thing.
I love his use of Bryony’s long hair and the stars. It’s a memorable visual theme that runs through the entire graphic novel, and I think it’s utterly charming.
Additional commissions have been ordered and printed. And perhaps the main announcement we have is that we’re going to push back the second Pretty Little Dead Girls Kickstarter to 2022. As you know, the entire graphic novel will be created in three separate 100-page installments, each funded by a Kickstarter. We were going to run the second Kickstarter this year, but decided not to for two main reasons:
1) The first volume of PLDG hasn’t come out, obviously. How can we start on Volume 2 until the first is finished? We won’t do that. We want to make Volume 1 as lovely as we can get it. That’s our first priority.
2) Orion deserves a break. He has been a champion, and has done the heavy lifting on this project. While I wish I could help him with his art, I simply can’t. 2020 just seems like a lost year and our good Orion has been working every day trying to catch up and create beauty while under enormous stress. I straight up called it: we’ll postpone it and let him have a chance to breathe. Thank you, O! You’re a phenomenal artist and friend.
Thank all of you again for your love, support, and patience! There are some things in life that feel like milestones. Things that you look back and say, “I did that, and no matter what, nobody can ever take it away.” I feel like that with this project. It will be a thing of beauty, and we’re so grateful to you.
With love,
Mercedes