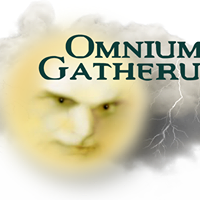 You know I adore John Boden. He was one of the original founders of Shock Totem, and was such a wonderful guy to work with on staff. One day he approached me and asked if I’d read this wonderful story he was working on, called “Thief.” As time went on, the title was changed to “Loving the Girl with X’s for Eyes.” He asked me if I wanted to contribute to it, and thus was born the most enjoyable collaboration I’ve ever taken part of. We worked on it every day, or we didn’t work on it for months. He’d write a line, I’d write a line, or we’d write a…well, almost a chapter, but it doesn’t have chapters. It’s gentle and jagged and full of love and horror. This was the piece I’d work on when I couldn’t even stand to look at anything else. And now it will be published later this year.
I’m delighted to announce that Omnium Gatherum picked up our story, which is now called “Detritus in Love.” It’s a dark, lovely, bizarre novelette about a boy who never should have been and things that should not be. 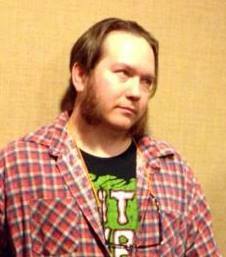 John Boden lives a stone’s throw from Three Mile Island with his wonderful wife and  sons. A baker by day, he spends his off time writing or working on Shock Totem. He likes Diet Pepsi and horseradish cheese and  sports ferocious sideburns. While his output as a writer is fairly small, it has a bit of a reputation for being unique. His work has appeared in Shock Totem, Splatterpunk, Blight Digest  and Lamplight  as well as the following anthologies Psychos: Serial Killers, Depraved Madmen and the Criminally Insane, Once Upon An Apocalypse,Robbed Of Sleep Vol 1, and Borderlands 6. His not-really-for-children children’s book, Dominoes is a pretty cool thing or so people say.  You can track him down on the Facebook. 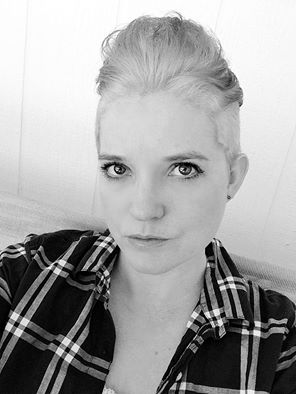 Mercedes M. Yardley is a dark fantasist who wears red lipstick and poisonous flowers in her hair.  She was a contributing editor for Shock Totem Magazine and currently works with Gamut, a new neo-noir magazine. Mercedes is the author of many diverse works, including Beautiful Sorrows, Apocalyptic Montessa and Nuclear Lulu: A Tale of Atomic Love, Pretty Little Dead Girls, and the Bone Angel trilogy. She recently won the Bram Stoker Award® for her story Little Dead Red.  Mercedes lives and works in Las Vegas, and you can reach her atwww.mercedesyardley.com.