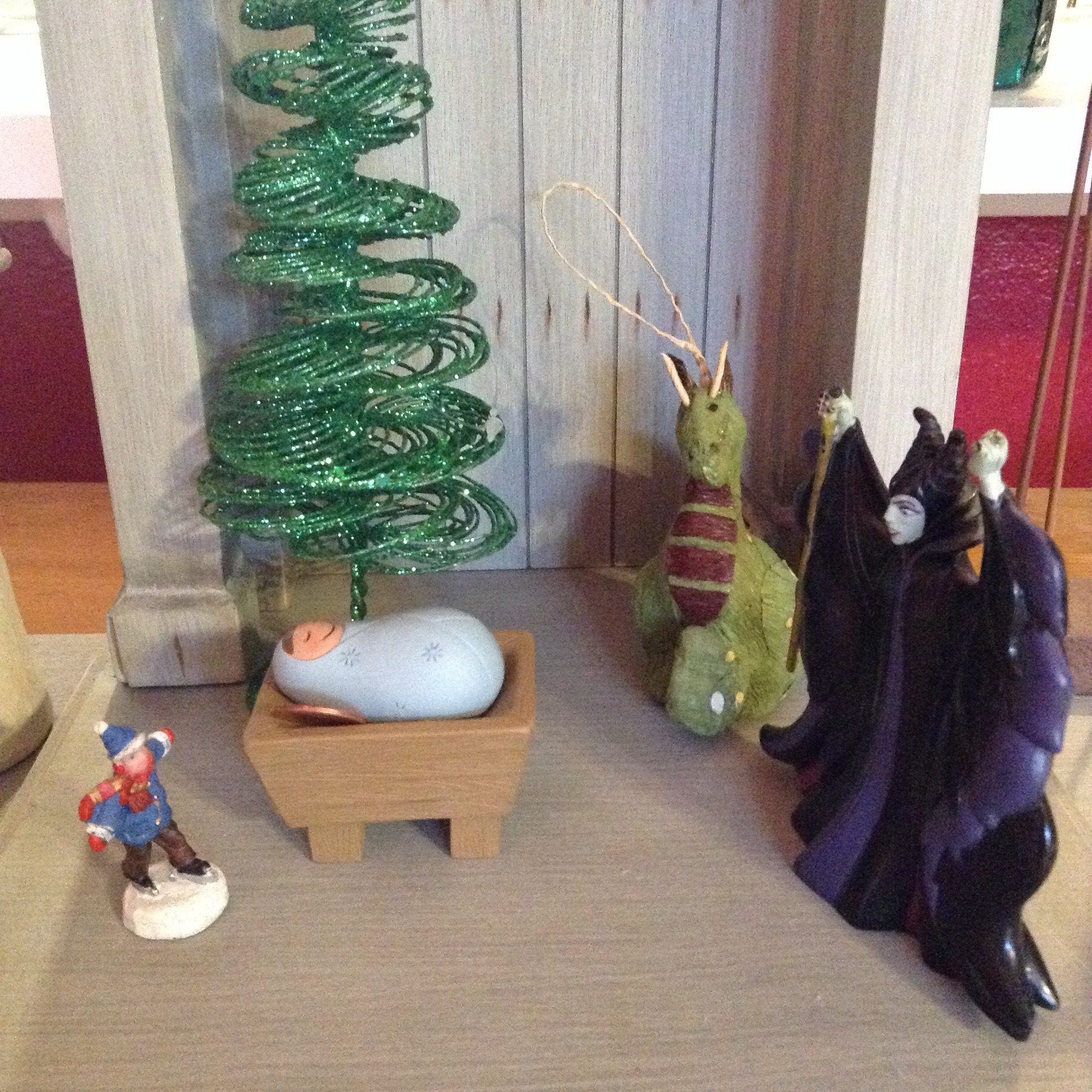 After reading a few glowing family newsletters, I am more inspired than ever to continue the tradition of the Yardley’s More Realistic Holiday Newsletter. If you ever wanted to see how we really live, this is the way to do it. And here we go!
2017 started with a bang and ended with a whimper. LUKE travels constantly for work, leaving disasters in his wake whenever he is gone. He comes home to scorpion stings, town massacres, and a nearly-blind wife. He’s leaving again in January, so please stock up on emergency essentials and hunker down until he returns and the cosmos properly realigns.
MERCEDES acquired an awesome new agent, a life-threatening scorpion sting, and acute iritis in one eye, leaving her with a blown pupil, vision difficulties, and worsening her anxiety problem. One of these things was heartily celebrated with cake.
NIKOLAI is now in high school. The best part, besides his aid Miss Marci, is that he can wear anything he wants instead of a school uniform. Because of his favorite shirt, he is now called Commander Chimposwki.
NINA cut her hair short and is constantly mistaken for a boy. In fact, only today her substitute teacher called her “he” several times until Nina said, “My name literally means girl.” The sarcasm is strong with this one. I’m so proud to call her my son.
LILIA is afraid of: the dark, the bathroom, being alone, scary movies, not-so-scary movies, sleeping alone, sleeping by someone, hotel rooms, being late for school, being too early for school, dogs, and songs with the lyrics changed.
MARSH CAT is a magical thing who loves to rub his fluffy, fluffy self against us so we break out into hives and rashes. He’s the most stable member of the family, and knows it.
RUSH THE TURTLE hates everyone and everything, except Pierce Brosnan. He’s the only one she’s come out of her log for. She flips everyone else off with all four feet.
LAS VEGAS was shot up by an insane man with unfathomable weapons. We were not injured, but were in that area not long before with our ten-year-old daughter. I saw the best and worst of humanity that night. We are #VegasStrong.
Merry Christmas and Happy Holidays! May you be well! And may you write your own, realistic holiday newsletters so we can share them. <3