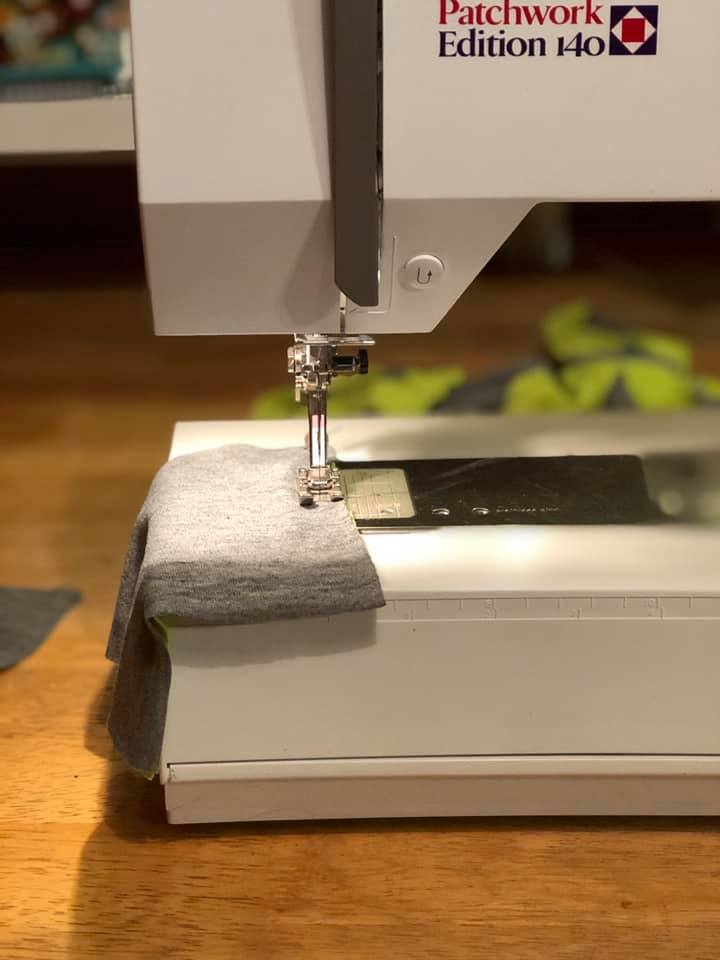 I love making blankets. I love everything about them. I love choosing the prints, touching the fabrics, and sewing the pieces together. But I just took on the most difficult project I have ever faced.

A very dear woman, whom I adore, lost her husband. She sent me two of his shirts and asked me if I could make something out of them.

Originally I was going to do a pillow, but I wasn’t particularly comfortable doing so. I wasn’t very familiar and I didn’t want to mess it up. I decided to do a lap quilt. I waited for just the right time to start working.

I waited. And waited. And waited. This meant she was waiting, too. I realized I was terrified to cut into these shirts, which were dear and worn and had belonged to somebody she loved so much. I didn’t want to mess them up. I didn’t want to take the fabrics and botch the whole thing entirely. I was paralyzed. She sent me a sweet note and I realized she was worried I had lost the shirts and didn’t know how to tell her. I was immediately sorry that my unease had affected her in such a way, so I set to work.

I cut the shirts into strips, and then five-inch squares. I laid them out on the floor. I carefully sewed them together.

They were so precious. I felt like I was sewing butterfly wings back-to-back. The shirts were so thin from loving use that it literally felt like sewing tissue paper together. I had to re-sew several areas, going back over to make sure that the threads held. I made mistakes. My seam ripper, whose name is Jack (Jack the Ripper!) and I became best friends. My bunnies were, of course, interested in everything that went on. 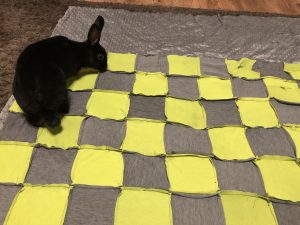 I chose a gray minky to back it because it was a soft, touchable fabric. I finished the blanket, went to bed, and worried about it for the next two hours. I woke up early the next morning, ripped the bottom hem apart, and tried again.

It was better this time, and I was happy.

The post office made a mistake and sent it to Texas instead of her house on the other side of town, but it eventually landed in the arms of my friend. She sent a picture of it lying across the back of her couch, and it looks like it belongs there. It fills me with delight. Fear nearly kept me from doing something that brought joy to both of us, and I’m so grateful for her patience and kindness that continued me to take a leap out of my comfort zone. Have a happy day, darling ones. Kick that fear in the face. 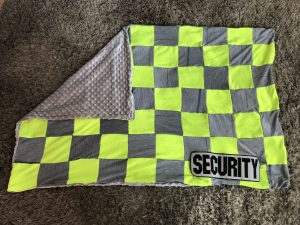 2 Comments on “The Hardest Blanket I Ever Made”