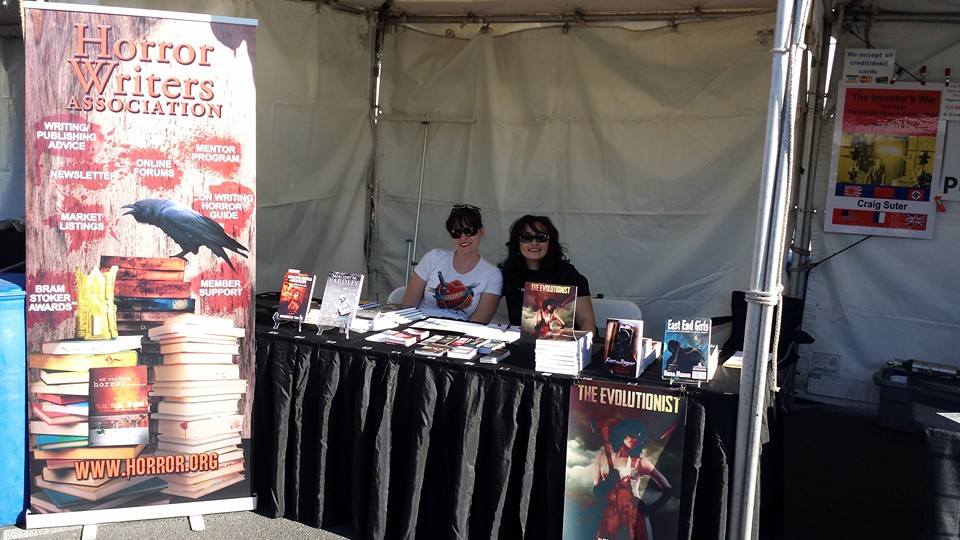 The Vegas Valley Book Festival was fun! A lot of people came out. We represented the HWA, sold a few books, and I drank a LOT of Diet Pepsi. But my favorite part?

Once upon a time, when Niko was a little boy, we were on the dialysis floor. He wasn’t having dialysis himself, but received a pamidronate treatment to help his calcium levels go down. While we were there, I found the most charming, hilarious book on the waiting room table. It was Walter Dean Meyers’ The Dragon Takes a Wife. 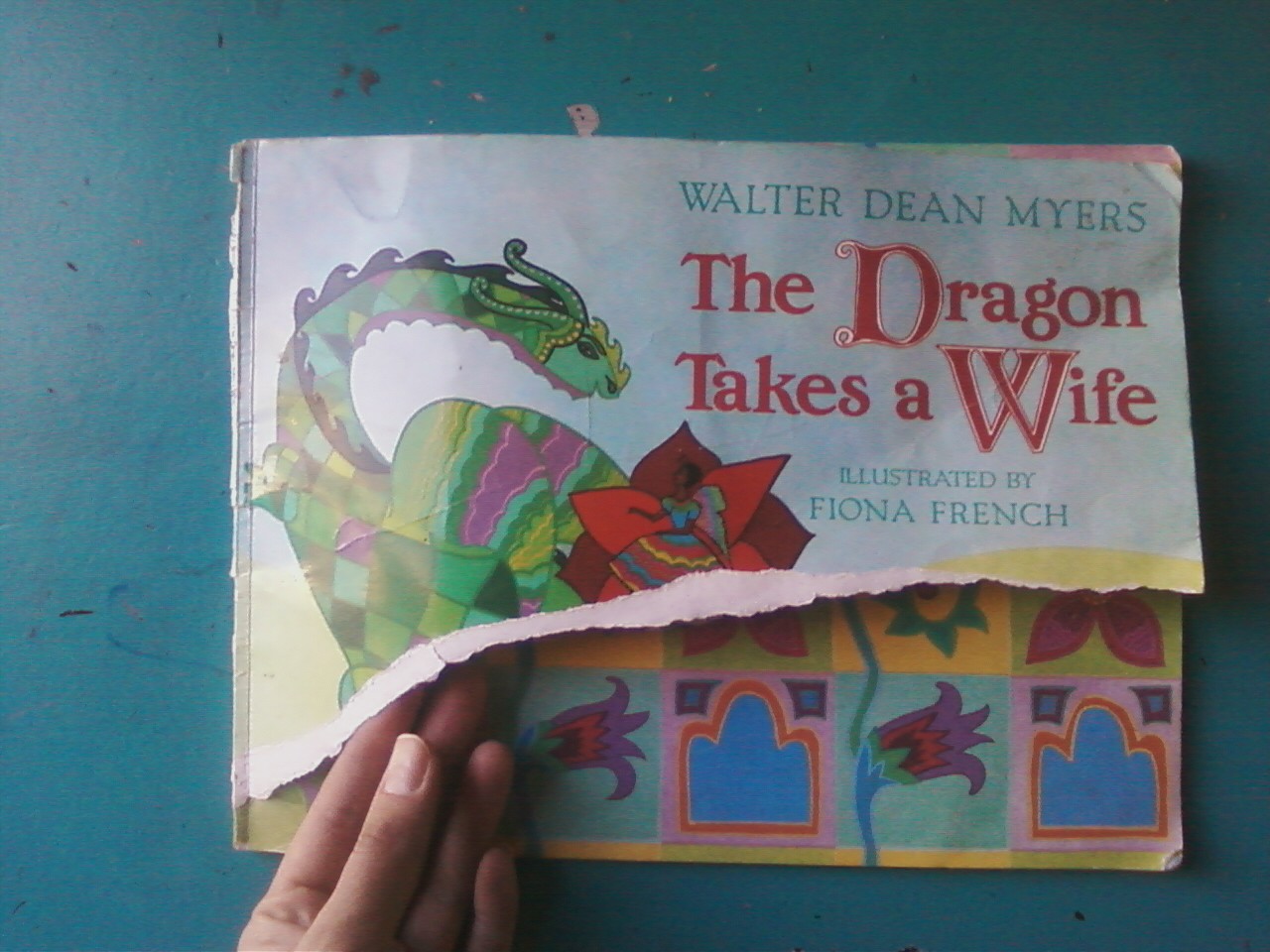 It is one of the best children’s book I’ve ever read. Clever. Original. The fairy, Mabel Mae, has a beautiful afro and uses 1970’s jive talk. I loved it so much.

I wanted to steal it from the Seattle Children’s Hospital, but, alas. I thought that would be in poor form.  It’s out of print, but I tracked it down and bought an old copy from a library.

Walter Dean Meyers was reading at the festival, and I sneaked in to listen. Fantastic. I had brought my ragged, shredded, tattered copy of The Dragon Takes a Wife, and my friend X asked Meyers to sign it for me. I was all giggly. 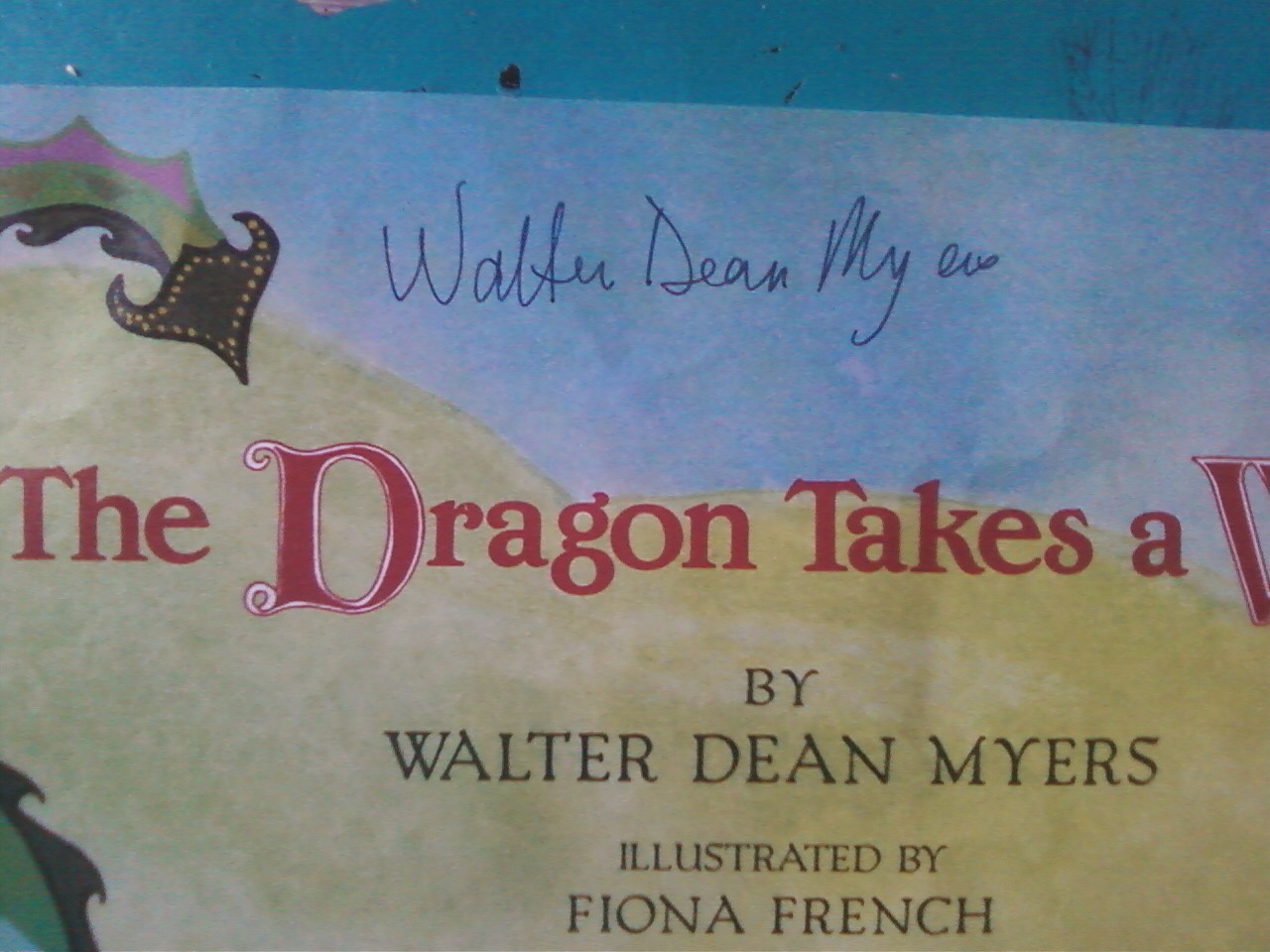 That was my favorite part of the entire festival.

Do you have a children’s book that means something special to you? Can you tell me about it?

5 Comments on “The Dragon Takes a Wife”