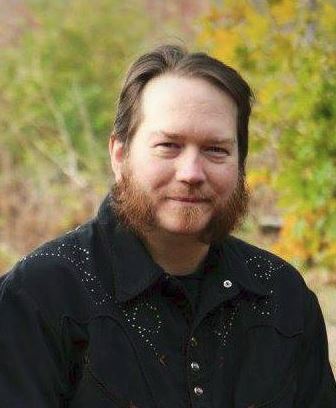 John Boden is one of my favorite working authors. He has what we call “Shineyisms”. Shineyisms are these gorgeous turns of phrase that are dark, otherworldly, and distinctly him. John really brought it with his ephemeral story, “Doodlebug.”

In pictures she is char and bone. Black crackle and tooth. A handful of diamonds scattered on fresh tar. Of all the fires she’s started…the ones behind her eyes burn with the most ferocity. -John Boden, “Doodlebug.”

John Boden lives a stone’s throw from Three Mile Island with his wonderful wife and sons.  A bakery manager by day, he spends his off time writing, reading and watching bed movies and retro television. He loves music, favorite flavors being heavy metal, old country and bluegrassy folky stuff. He’s a nice fella, some say.

His work has appeared in Borderlands 6, Shock Totem, Splatterpunk and  Lamplight. His first published book was the not-really-for-children children’s book Dominoes. Followed by Jedi Summer With the Magnetic Kid and Walk the Darkness Down. He has also written collaborative novellas: Detritus In Love with Mercedes M. Yardley, one with Chad Lutzke called Out Behind the Barn and Rattlesnake Kisses and Cattywampus with Bob Ford.

His next book, Spungunion, will be published by Fungasm Press in early 2020. There are more things in the works.