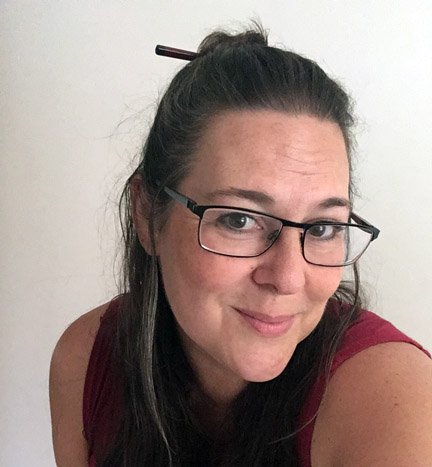 My friends! What a delight it is to announce the final author in the Arterial Bloom horror anthology! Last but certainly not least, Kelli Owen rounds everything out beautifully with her macabre story “Still Life.” She writes a fearlessly wistful story about holding the darkness in your hands. I’m so delighted to have her aboard!

She wished she’d been there when the body had first been discovered. To draw the fleshy bits still clinging to bones and witness the wildlife pick what it could from the remains. She always seemed to find her subjects after death had claimed and cleaned the scene, once life was still.

Kelli Owen is the author of more than a dozen books, including the novels TEETH and FLOATERS, and novellas such as WAITING OUT WINTER and the WILTED LILY series. Her fiction spans the genres from horrific thrillers to psychological horror, with an occasional bloodbath, and an even rarer happy ending. She was an editor and reviewer for over a decade, participated on dozens of panels, and spoken at the CIA Headquarters in Langley, VA regarding both her writing and the field in general. Born and raised in Wisconsin, she now lives in Destination, Pennsylvania. Visit her website at kelliowen.com for more information. F/F

One Comment on “Kelli Owen Rounds Out the Arterial Bloom Anthology!”